The answer is rather similar to questions about the pope’s Catholicism and the propensity of bears to poop in the woods. 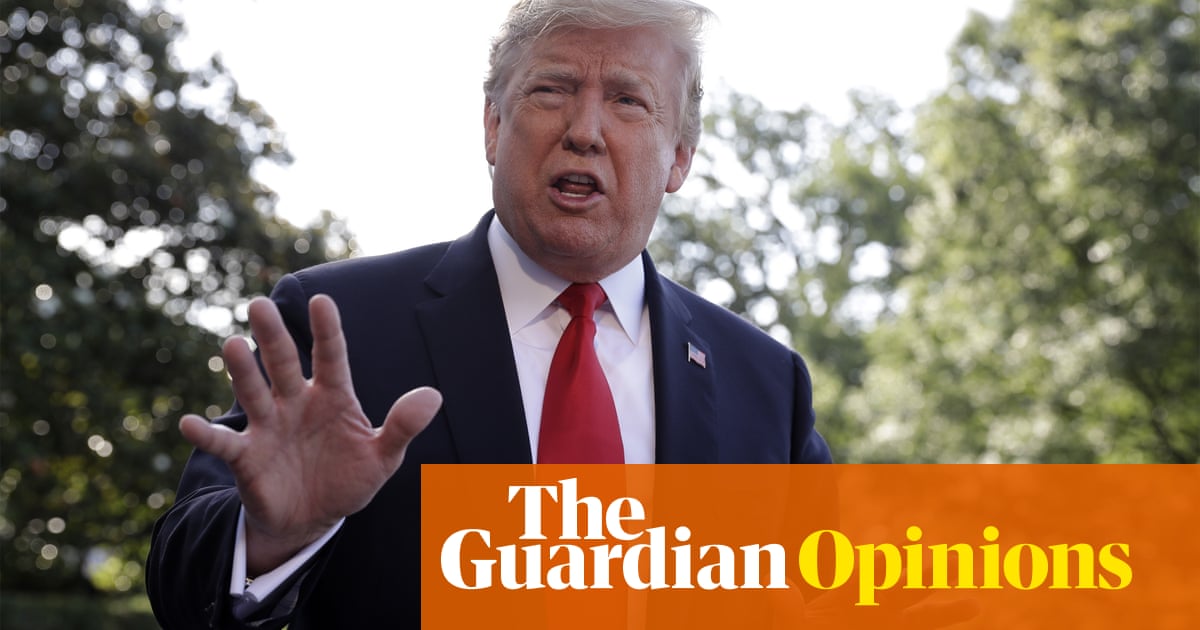 Did Donald Trump repeatedly break the law by trying to block multiple investigations into his mysteriously intimate relationship with Russia?

Mueller’s inaction over Trump has let the US down. Why is he holding back? | Simon Tisdall

It’s not the one you’ll find hanging from a presidential lectern, screaming about NO obstruction and NO collusion.

But it is the one you’ll find in a rather long report by a certain special counsel, counting the many ways in which the president of the United States obstructed justice. To be precise, there were at least 10 instances of obstruction detailed in Robert Mueller’s magnum opus.

In the immortal words of Spandau Ballet, Mueller found it so hard to write the next line. Even though he knows this much is true: any non-president would have long ago faced indictment for obstruction of justice.

Mueller himself again stopped one inch short of saying “Trump is a criminal” in his rare comments to the press on Wednesday: “If we had had confidence that the president clearly did not commit a crime, we would have said so.”

Instead, Mueller decided he was not the right person to decide to do the right thing.

Which brings us to the latest news from Michael Wolff about Mueller drawing up an indictment on three counts of obstruction of justice. While the Guardian has seen the indictment document in question, Mueller’s office denies flat out that it exists.

This is problematic and entirely predictable on so many levels.

The world was only too happy to devour Wolff’s Fire and Fury because it was all so delightfully plausible. Who cares if Rupert Murdoch truly called Trump “a fucking idiot” or if economic adviser Gary Cohn actually called him “dumb as shit”? Back in the distant days of early 2018, it all seemed so cathartically, chaotically close to the truth.

Today that’s not the case. We have a higher and lower standard for our public discourse. The lower standard is obvious to anyone with a pulse and access to the news media: we have been bludgeoned into chewing a daily diet of presidential deceit, mindless trash-talking and the abuse of minorities. Those lower standards have spread like measles through a Republican establishment that is as cowardly as it is self-serving. It takes so much more to shock us when our sensibilities are on life support.

At the same time, we have far higher standards and expectations. The House speaker, Nancy Pelosi, is running rings around a petulant president, calling for a family intervention to save him and the country, while more than 20 Democratic candidates debate what it really takes to lead the United States.

The debate about indicting or impeaching Trump will take more than Mueller’s input – as testimony on Capitol Hill or as snippets from a new book – to move forward. It requires a shift in our politics, which is already moving rapidly towards election year. Whether you support formal impeachment or not, the full uncovering of Trump’s corruption will require congressional investigation between now and November 2020.

Mueller has already exposed what Trump’s version of the presidency looks like: an endless number of ways to look after himself

More than ever, American voters need to consider the qualities of leadership they want for the next four years, and Mueller has already fulfilled his job in exposing what Trump’s version of the presidency looks like: an endless number of ways to look after himself, regardless of the law, morals or even ideology.

According to the new book, Trump believed his accountant, Allen Weisselberg, would turn on him – under pressure from Mueller – because “the Jews always flip”. This is, appropriately enough, a bit rich coming from both Wolff and Trump.

Trump himself had no problem flipping on his lawyer and henchman Michael Cohen, who flipped on him when Trump flipped first. Wolff has built an entire career on flipping on his subjects, including one Rupert Murdoch who somehow got the impression that Wolff was writing a glowing tribute of a biography. Steve Bannon, Wolff’s greatest source in Trumplandia, flipped on everyone before Trump flipped on him. This is surely a bonfire of flipping vanities.

Wolff has previously noted that Trump knows who is Jewish “in a way that feels creepy”. There are few things about Trump that aren’t creepy, and there are few ways to propagate antisemitic conspiracies that also aren’t creepy.

Like so many grifters, Trump has found company in a community of like-minded braggarts, hype-merchants, conmen and plain old crooks. There was the Environmental Protection Agency boss who got a cheap Capitol Hill sub-lease from a couple of lobbyists, for the rare nights when he wasn’t jetting home at taxpayers’ expense to Oklahoma. There’s the commerce secretary who lied about divesting stocks to avoid any conflict of interest, and there’s the transportation secretary who did the same.

“I had nothing to do with Russia helping get me elected,” Trump tweeted on Thursday, before someone pointed out to him that he had just copped to collusion. He promptly deleted his own signed confession, but the damage was done.

That’s the problem with Trump and all the little Trumps who gather round him. They always flip.

Trump doubts need to bolster US troops in Middle East