“It was the girl I was in love with in my first year of [junior college] who made me come out. She made me realise I’m a man – I knew this, but she helped me accept,” he told Al Jazeera.

The case of Jeeva M, pictured before and after his transition, led to a state-wide law that enables students to change their name and gender on educational documents [Courtesy of Jeeva M]

Bangalore, India – Born in the late 1990s to a middle-class family in Bangalore, Jeeva M had always felt trapped in the wrong body.

Jeeva M, now 20, was 18 when he fell in love. The girl thought he was joking about his transition, but wanted to remain friends.

His anxiety rose over the rejection and sense of not belonging in his body – he was born female, and he soon became suicidal and quit school. There are still cuts and scars on his wrist from his attempts to take his own life.

When his parents found out about the girl, he poured out his feelings.

They took him to psychiatrists thinking he would change, telling him it was a “phase”.

A year of prayers, pilgrimages and priests coming over to “fix him” saw him turn to alcohol.

His parents found it difficult to understand him, while psychiatrists provided little support.

Eventually, Jeeva’s grandfather agreed to accompany him to Delhi to meet another doctor, who diagnosed him with gender dysphoria and phoned his parents to explain their son’s condition. 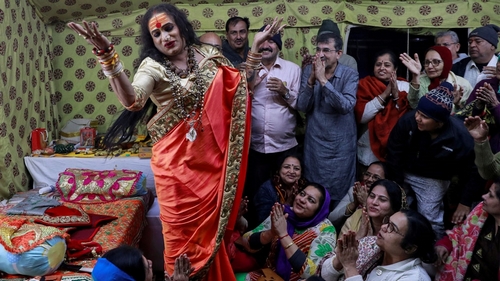 Lakshmi Narayan Tripathi, chief of the ‘Kinnar Akhara’ congregation for transgender people, dances and sings with her followers during ‘Kumbh Mela’, or the Pitcher Festival, in Prayagraj [File: Danish Siddiqui/Reuters]

Only two percent of transgender people in India live with their parents, according to a 2018 study by the Kerala Development Society, backed by the National Human Rights Commission of India, which warns of criminal action against parents who disown transgender children.

In that regard, Jeeva considers himself fortunate.

After his hormone therapy began and his body started to change, his parents agreed to pay for surgery, which will cost up to $8,500.

Sex reassignment is considered cosmetic surgery in India, and cannot be claimed under medical insurance.

Jeeva has successfully undergone top surgery and is in the process of undergoing bottom surgery.

“I couldn’t touch a girl with this body. There was deep love but I didn’t know what to do,” he said.

As his transition began, he changed his name and gender on legal documents.

He got an affidavit to identify as male and then changed the details on his Aadhaar card – a unique identification number similar to America’s social security number.

But getting his information changed at the educational level was impossible without a court order.

In March 2019, he filed a writ petition in the Karnataka High Court seeking permission.

He approached the Center for Law and Policy Research, an NGO offering pro-bono legal services headed by Jayna Kothari, a senior advocate in India’s Supreme Court.

Kothari, who worked on the case that led to the landmark judgement decriminalising homosexuality in India in September 2018, argued for Jeeva in the Karnataka High Court and won the case.

“The writ petition was filed just for Jeeva but the judge (Justice S. Sujatha) was actually very progressive and … the case took a turn,” Kothari told Al Jazeera. 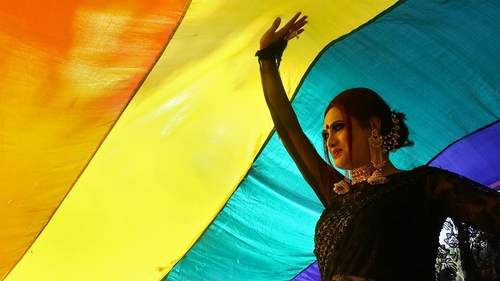 The judge ordered the state government to issue a circular to educational institutions across Karnataka, instructing them to allow name and gender change, making it the first state in India to do so.

Karnataka is a southwestern state of more than 60 million people, of which Bangalore is the capital.

Zainab P. Rifai, who works as the national manager of health and human rights at the United Nations Development Programme, also wants to change her name and gender in her academic documents in Maharashtra, a central state more than 500km from Karnataka.

She plans to turn her case into a public interest litigation to serve the interests of the larger community.

Rifai was one of the petitioners in the National Legal Services Authority (NALSA) vs. Union of India case in 2014.

The NALSA judgement was a landmark decision passed by the Supreme Court of India that legally recognised the fundamental and civil rights of transpersons and allowed them to self-identify as male, female or third gender.

“The struggle [for] 20 years of the movement has been to recognise an existence,” said Akkai Padmashali, an activist in Bangalore who also petitioned the NALSA case.

This kind of judgement allows “people like Jeeva who are part of diverse identities to slowly come to the public realm”, said Padmashali.

She hopes the decision in Karnataka will set an example to all Indian states.

Jeeva said even though the law has been changed, the process of changing his academic papers remains complicated.

As he waits for the bureaucracy to end, his anxiety is once again rising.

“If cis (people whose gender identity matches the sex that they were assigned at birth) boys [at college] find out I’m a transman who hasn’t done full surgery, I will be harassed in the bathroom,” he said. “I have heard terrifying stories about groping and other things. If I’m not going to college, then I have to get this done with so I can move on with my life.”

And while his family have accepted him, tension remains.

His grandmother, meanwhile, worries about who might marry him. In Hindu marriages, families often compare birth certificates of the potential bride and groom to see if their horoscopes match.

“The birth certificate is what you’re stuck with,” said Kothari. “If this happens at the educational level, then this could also be a lead to seek a change with the municipal authorities issuing birth certificates.”

Back in Bangalore, Jeeva, who does not know if and when his birth certificate might reflect his identity, says: “I will have to find someone who understands me.”

Mexico: homicides up 16% in 2018, breaking own records for violence