The win at the all-English final, which was played on Wednesday at the Baku Olympic Stadium in Azerbaijan, gave Italian manager Maurizio Sarri a major trophy in his first season in charge and Chelsea a first European title since the 2013 Europa League.

Chelsea have scored four goals in a devastating second-half display to beat Arsenal 4-1 and lift the Europa League trophy.

After a tepid first half, former Arsenal striker Giroud put Chelsea ahead in the 49th minute with an angled header. The Blues doubled their lead 10 minutes later when Pedro diverted a cross from Hazard beyond Petr Cech.

With Arsenal on the ropes, defender Ainsley Maitland-Niles collided with Giroud to concede a penalty that Hazard stroked home after 65 minutes. Alex Iwobi clawed a goal back for Arsenal but Chelsea restored their three-goal cushion in the 72nd minute when Hazard swapped passes with Giroud to score his second.

After the match, the Belgian star confirmed that he was likely to leave the club this summer, amid widespread speculation about a move to Spanish giants Real Madrid.

“I think it is a goodbye but in football, you never know,” said Hazard, who was given an ovation by Chelsea fans when he was substituted in the closing minutes.

“My dream was to play in the Premier League. I did this for seven years for one of the biggest clubs in the world. Maybe it’s time for a new challenge.” 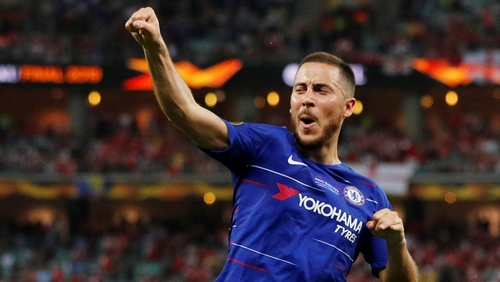 The triumph in Baku means Chelsea have won three European titles in seven years, with the Champions League triumph in 2012 followed by their first Europa League victory in 2013.

By contrast, Arsenal have lost five of their six major European finals, with their only victory coming in the 1994 Cup Winners’ Cup against Parma.

Fresh from winning the first major title of his managerial career, Sarri said he was happy in his role, despite persistent speculation he is close to a return to Italy after a tumultuous season in London.

“So in the moment I am happy but of course I want to know if the club is happy, if we can improve.” 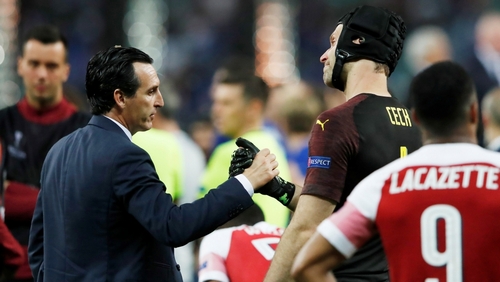 Arsenal now face a third consecutive season outside the Champions League, which could hurt its ability to attract transfer targets in the summer.

“We need the same players, the same idea, maybe also to add some new players,” said coach Unai Emery, a three-time Europa League winner with Sevilla. “But it’s the same way we’ve done this year, to do one step more. I think next year a lot of players who played the first time this year with us can be better.”

For his part, Petr Cech – the veteran Arsenal goalkeeper who is expected this summer to return in an administrative role to Chelsea, the team he spent his best footballing years – said: “It’s disappointing to have lost the final and especially now.”

“It was the last game of my career and you want to finish on a high, but I had an amazing career,” he added, noting that ending the season empty-handed was unfair to Arsenal, which was improving fast.

Are lenders losing their appetite for Saudi debt?

Trump refuses to work with Democrats until they end probes