Gabon’s leader Ali Bongo has dismissed both his vice president and the minister of forests, a move that comes amid a scandal over the smuggling of precious timber. 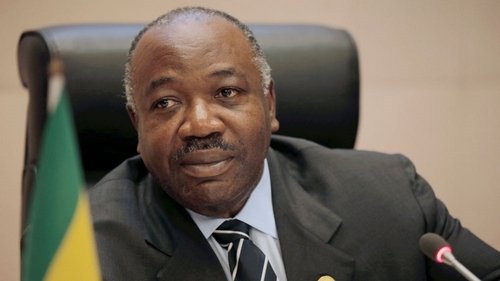 Bongo made the announcement in a statement released on Tuesday without giving a reason for the sackings of Vice President Pierre Claver Maganga Moussavou and Forestry and Environment Minister Guy Bertrand Mapangou.

No new minister was appointed to the forest and environment portfolio, which was placed “under the direct authority” of the prime minister.

Calls have intensified for Mapangou to resign in recent days in the press and from civil society groups following the theft of hundreds of seized containers of kevazingo, a rare wood considered sacred.

Nearly 5,000 cubic metres of kevazingo worth some 7m euros ($7.8m) was found in two depots belonging to Chinese companies in the Libreville port of Owendo in February and March.

Several suspects were arrested, but 353 of the containers – which had been confiscated – mysteriously disappeared.

The wood had allegedly been loaded into containers bearing water and forestry ministry labels, falsely describing it as okoume – a type of timber cleared for export.

Earlier in May, the government said several top Gabonese officials had been suspended over suspected involvement in smuggling the timber.

Kevazingo is a rare central African wood that is prized in Asia, notably for sculpting into temple doorways, tea tables and meeting tables.

Gabon, three-quarters of which is forested, last year banned the exploitation of kevazingo after illegal felling reached alarming proportions.

The industry is crucial to the economy of the country, on the west coast of Central Africa, supporting some 17,000 jobs, and is second only to the petroleum sector in terms of foreign earnings. It also accounts for 60 percent of Gabon’s non-oil related GDP.

Novichok used in Wiltshire ‘could remain active for 50 years’