Mueller broke his two-year public silence on Wednesday, denying that his inquiry had concluded that Trump is innocent, saying: “If we had confidence that the president clearly did not commit a crime, we would have said that.” 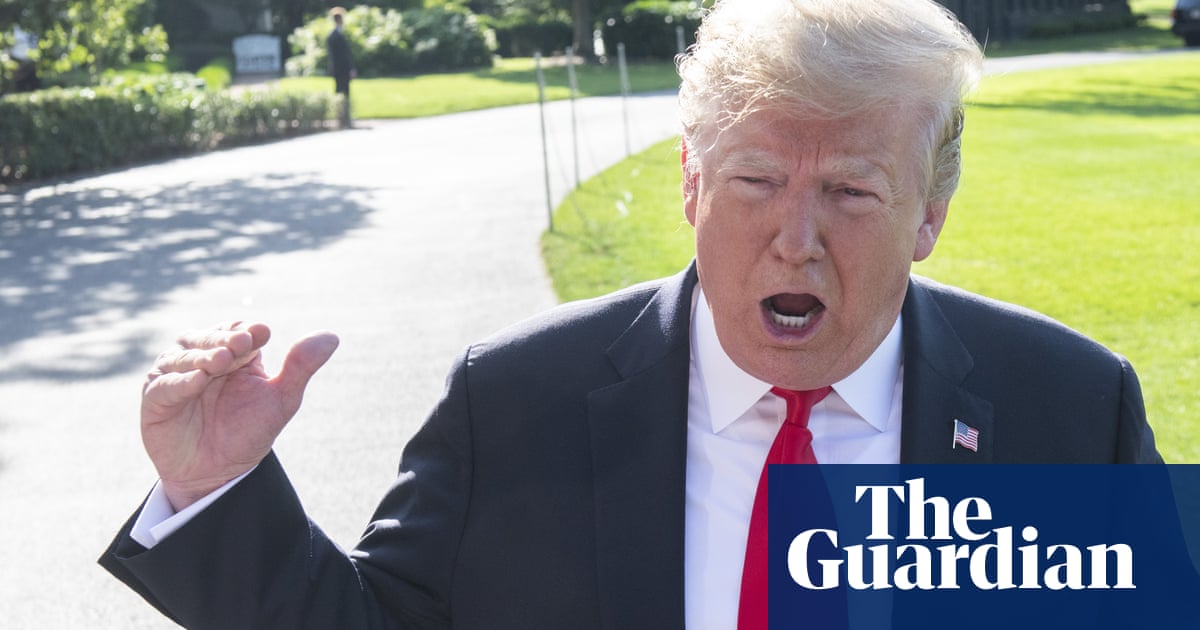 Donald Trump renewed his attack on Robert Mueller, a day after the former special counsel said at a press conference that investigators could not conclude that the president had not committed a crime.

In his statement, Mueller contradicted Trump’s claims that the results of his investigation into Russian election interference and the Trump campaign’s links with Moscow awarded him “total exoneration”.

Yet immediately after Mueller spoke, the White House declared total vindication, and Trump was back on the defensive on Thursday morning.

Trump kept up the White House campaign to distort what the Mueller report says, and what Mueller himself said, on Wednesday. In morning tweets, Trump said Mueller “would have brought charges, if he had ANYTHING”.

Amid a rant about “this witch hunt hoax”, Trump appeared to admit that Russia helped elect him president, though he later rowed back on that.

Speaking to reporters later in the day, Trump went on to mischaracterize Mueller’s findings and Mueller’s statement.

“I think he is a total conflicted person. Mueller is a true never-Trumper. He’s somebody that dislikes Donald Trump,” Trump said. “He said, essentially: ‘You’re innocent.’ There was no crime, there was no charge because he had no information.”

Trump has previously claimed Mueller is conflicted because the special counsel “wanted the job as FBI director”. Steve Bannon, Trump’s former senior advisor, has said this is untrue.

Robert Mueller breaks silence to insist he did not exonerate Trump

But the House speaker, Nancy Pelosi, the most senior Democrat in Congress, tamped down expectations, reportedly describing the process as a “fool’s errand”.

Pelosi has long opposed impeaching Trump, and stood by that decision despite intensified demands for the House to bring charges.

She said on Wednesday: “You don’t bring an impeachment unless you have all the facts.”

Axios reported that Pelosi was even more defiant in private. One ally told the website that Pelosi felt as strongly as ever that impeachment would be foolhardy heading into the 2020 election.

Pelosi has said Trump is “goading” Democrats into impeaching him, since the president believes it would solidify his base support.

How to impeach a US president – video

In a dramatic nine-minute statement, Mueller, whose report was published last month, added that charging Trump with a crime was “not an option we could consider”, because of justice department policy.

In an interview with CBS News, the attorney general, William Barr, said Mueller could have reached a decision on whether Trump obstructed justice.

Barr said that though justice department rules prevent the indictment of a sitting president, Mueller nonetheless could have decided whether Trump had committed a crime.

“I personally felt he could’ve reached a decision” on whether charges against the president were warranted, Barr said.

He said that when Mueller didn’t make a decision, he and the deputy attorney general, Rod Rosenstein, concluded that the evidence didn’t support an obstruction charge.

Many Democrats interpreted Mueller’s comments as a go-ahead for Congress to begin the process of bringing charges against Trump.

The Democratic 2020 presidential hopefuls Cory Booker, Kirsten Gillibrand and Pete Buttigieg for the first time called for the House to begin impeachment proceedings against Trump following Mueller’s statement. Booker insisted there is now “one remaining path to ensure justice is served”.

He said: “It is our legal and moral obligation to hold those who have committed crimes accountable. It’s clear that the House must begin impeachment proceedings. No one is above the law.”

Impeachment talk is rising among Democrats. Nancy Pelosi is right to shut it down | Zaid Jilani

Elizabeth Warren, Kamala Harris and Beto O’Rourke, along with other 2020 candidates, have previously called for the House to begin impeachment proceedings. About 40 House Democrats have publicly said Trump should be impeached, along with a lone Republican congressman, Justin Amash.

In a statement, Gillibrand said the White House had “repeatedly stonewalled” Congress’s investigations into Trump.

She said: “Combined with the fact that Robert Mueller clearly expects Congress to exercise its constitutional authority and take steps that he could not, it’s time for Republicans and Democrats to begin impeachment hearings and follow the facts wherever they may lead.”

But Pelosi lowered expectations following an event in San Francisco, telling reporters only 15% of House Democrats openly support impeachment. Though the Democrats hold a majority in the House, the Republicans hold the Senate, which would act as the jury in any impeachment.

She said: “We won’t be swayed by a few people who think one way or another who are running for president, as much as I respect all of them and they have the freedom to be for impeachment.

“We have the responsibility to get a result for the American people and that’s where we’re going.”

In his comments on Thursday, Trump suggested he should not be impeached.

“There was no high crime and there was no misdemeanor,” Trump said when asked about impeachment.

“I don’t see how … I can’t imagine the courts allowing it,” Trump said. “To me, it’s a dirty word, the word ‘impeach’. It’s a dirty, filthy, disgusting word,” he said.