On the night of 13 August, the inhabitants of the capital will be able to see “the most beautiful star of the year”, according to the Moscow planetarium.

As explained by astronomers, this night will have the maximum activity of the meteor shower the Perseids. According to the International meteor organization, the stellar intensity of the rain can reach up to 100 meteors per hour.

Also at the planetarium said that the 11 August there will be a partial Eclipse of the Sun which can be observed in the North and East of Russia, including in St. Petersburg. 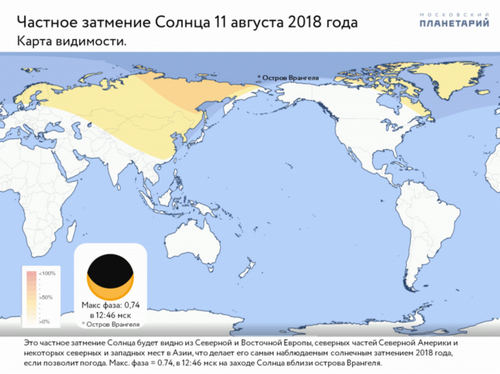