The TV and radio presenter Richard Bacon has been brought out of a medically induced coma after becoming seriously unwell with suspected pneumonia.

Bacon’s mother, Christine, said he was out of the coma but not yet fully conscious. She said that her son was “getting better”.

In an interview with the Nottingham Post, she said: “It was such a relief when he opened his eyes, although his not responding to us very well yet we can see that he is getting better.

“The doctors have said he is very distressed and confused after being in a coma for a week, which you can understand, and that we need to keep talking to him and reminding him of where he is.

“It’s been so worrying. We have spent so many hours by his bedside with him not knowing we are there. The NHS has been absolutely brilliant.”

She added: “There’s a long way to go yet, but this is a very positive step and it has eased by mind.”

Richard Bacon became ill on flight from the US and was taken eight days later to Lewisham hospital in south-east London.

The former BBC Radio 5 Live presenter, whose first major job was hosting Blue Peter was well enough when he was admitted to tweet photos, saying: “Thank God I got ill in Britain (actually on the way to Britain, was taken off the plane in a wheelchair).”

Thank God I got ill in Britain (actually on the way to Britain, was taken off the plane in a wheelchair). Fuck all the ideology driven politicians who’ve messed up America’s healthcare system. Viva the NHS. Happy 70th. pic.twitter.com/ABEhSZXiRK

He also updated his followers with a picture of the emergency department when he arrived. 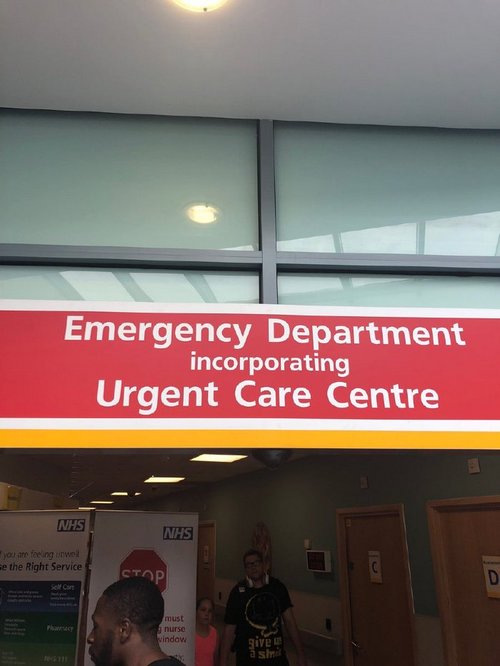 I’m A&E (in Lewisham) on the NHS’s 70th birthday. I don’t like to miss a party pic.twitter.com/AzuAouTJhX

Doctors reportedly took the decision to put Bacon in an induced coma after he failed to respond to treatment for pneumonia, which had spread to both lungs.

His sister posted an update saying that his condition had worsened and he had had a tracheotomy to help him breathe. Juliet Bacon said she had been visiting him in intensive care for a week.

Bacon started his career on BBC Radio Nottingham before going on to present TV shows including the Big Breakfast and Top of the Pops.

He joined 5 Live to present the late-night show on weekends. Bacon subsequently worked as an announcer for BBC 7 (now Radio 4 Extra) and then as a DJ for Capital FM, followed by Xfm London. He has a show on Fox TV and lives in Los Angeles.

The Radio Nottingham presenter Dean Jackson, who helped launch Bacon’s career, said he was being kept in a coma to get more oxygen into his system, but doctors hoped to reduce the sedative soon.