Al Jazeera accused Egypt of becoming “a lawless country with no respect for journalists” on Wednesday after a reporter ordered released by a court was again incarcerated despite spending 890 days detained without charge. 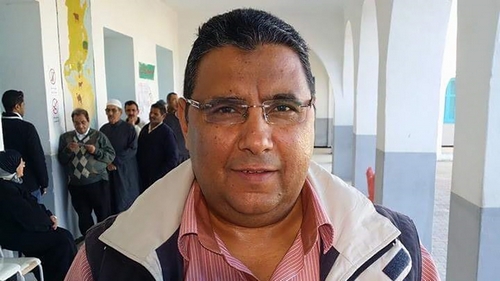 According to Hussein’s family, a new investigation has been opened against the Qatar-based journalist [File: Al Jazeera]

Journalist Mahmoud Hussein was returned to the notorious Tora prison in Egypt under unclear circumstances, his family said on Tuesday. According to the family’s statement, a new investigation has been opened against the Qatar-based Egyptian producer.

“Al Jazeera is holding the Egyptian government responsible for false imprisonment of its journalist Mahmoud Hussein. It is a sad day for all journalists, his colleagues and family. It is deplorable that Mahmoud has once again been sent back to one of the notoriously deplorable prisons in Egypt,” said Mostefa Souag, acting director general of Al Jazeera Media Network.

Hussien had been in a holding cell in Cairo’s Giza district since Saturday as he awaited final clearance from the National Security Agency’s office. An Egyptian court last week had upheld a May 21 decision to release Hussein under “precautionary measures”.

The release would have restricted his movements, but freed him from prison.

Hussein has been in custody since 2016 without facing formal charges or a trial.

Al Jazeera said it condemns the Egyptian authorities’ deliberate attempts to “falsely accuse him of trumped up charges and retributive measures to further incarcerate him”.

Hussein, an Egyptian national who works for the Al Jazeera Arabic television channel based in Doha, was arrested on arrival on December 20, 2016, while travelling to Egypt to visit his family.

He was accused of “incitement against state institutions and broadcasting false news with the aim of spreading chaos”, allegations he and Al Jazeera Media Network deny.

According to Hussein’s lawyer, Taher Abul Nasr, there are at least 20,000 people currently in detention without charge in Egypt for political reasons.

Since the overthrow of president Mohamed Morsi in 2013, a senior member of the Muslim Brotherhood, Al Jazeera has been portrayed as Egypt’s national enemy for its coverage of the organisation.

Several other Al Jazeera staff have been jailed for long periods over spurious accusations but were eventually released.

Since taking office, President Abdel Fattah el-Sisi has waged an unprecedented crackdown on dissent – arresting thousands and rolling back freedoms won after the 2011 uprising that ended decades of rule by autocrat Hosni Mubarak.

In 2017, the Egyptian government blocked access to Al Jazeera’s news website along with dozens of others it deemed too critical of Sisi’s regime.