An international group of ecologists have assessed the state of oceans and estimate how many percent of its waters one way or another affected by human activities. The article was published in the journal Current Biology. 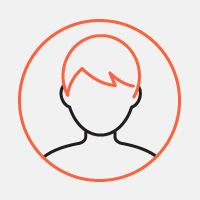 the waters of the oceans affected by human activities

Wild waters important for the conservation of biodiversity of the ocean, especially for rare species of an area. In addition, during the ongoing climate change, these waters remain an environmental “safety margin” of the ocean.

“We were amazed at how little the ocean has remained untouched waters. The ocean is enormous, it occupies 70% of the planet’s surface, but we have managed to significantly influence almost all of this great ecosystem,” said lead study author Kendall Jones of the University of Queensland in Australia.

The last 13 %, or 54 million square kilometers, wild water areas found mainly in international waters of the Arctic and Antarctic, and also in the area of the small island States of the Pacific. Less pristine areas were in southern Africa – about 2 thousand square kilometers.

For the study, researchers collected data on 15 factors of influence of man on the ocean from commercial shipping and fishing until reset fertilizers, light pollution and invasive species. They note that if you include the climate change caused by human activities, pristine places in the ocean will not remain quite.

Experts say that only one-twentieth part of the wild waters (2.67 million square kilometers) has now a protected status. The majority of reserves are located in national waters, the ecosystems of international waters are protected very poorly. According to scientists, their protection is an urgent need to prioritize conservation policy.

The contractor hall have made changes to the tender of 2.5 billion rubles. A year later, the police began checking