Judge Michael Stelzer heard arguments on Thursday on Planned Parenthood’s request for a temporary restraining order that would prohibit Missouri from allowing the St Louis clinic’s abortion licence to lapse. It is not clear when Stelzer will rule. The licence expires at midnight. 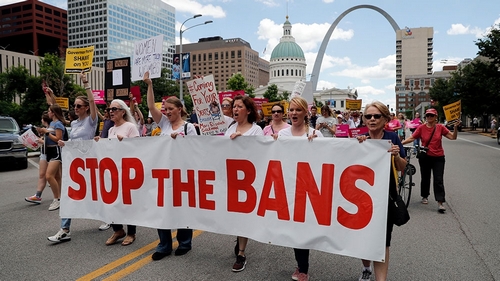 A judge in the US state of Missouri is weighing whether to grant an order allowing the state’s only abortion clinic to remain open, a day after abortion-rights protesters were arrested at a state office building.

If the clinic closes, Missouri will become the first state in 45 years without access to the procedure.

Hundreds of protesters rallied on Thursday against the state’s move.

“No one should decide what women do with their bodies,” 70-year-old Jane Wees Martin told the AFP news agency.

Denouncing a “war against women”, health management student Neha Hanumanthiah, 19, told the AFP “I did not realise how conservative my state was.”

The St Louis Post-Dispatch reported that about a dozen protesters were arrested on Thursday after refusing to leave the building where Republican Governor Mike Parson has an office. Those arrested included an alderwoman and Planned Parenthood board members.

The Missouri case comes as more than a dozen US states – including recently Alabama, Georgia, Mississippi and Louisiana – passed laws restricting abortion as part of a concerted strategy to push the issue before the Supreme Court. 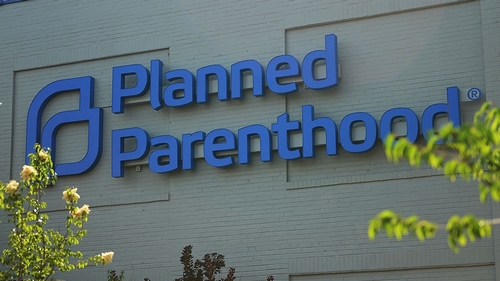 The states restricting abortion access have generally sought to roll back when the procedure is permitted, to as early as when a heartbeat is first detected – around six weeks of gestation when many women do not yet know they are pregnant.

Most of the measures have already or are expected to face legal challenges.

Earlier this month, Missouri Governor Parson signed a law banning abortion after eight weeks of pregnancy, including in cases of rape and incest.

Planned Parenthood alleges in its lawsuit that the state has sought to use its regulatory powers to deny it a licence.

It said the state’s health department is attempting to shut down its abortion service by “unlawfully conditioning a decision on its routine licence renewal application on completion of a supposed ‘investigation’ of a patient complaint”.

Appearing on a local Fox affiliate, obstetrician-gynaecologist Colleen McNicholas said that “by continuing to change the way that they are interpreting their own rules, it makes it impossible for us to be able to comply because we are just guessing what they think.”