July 27 at Smolny held a picket in defense of the historic house Izotov on Kirillovskaya street, 23. Activists came to the courthouse with a placard on which was written: “there is only one facade, it’s time to stop.”

Currently, the Centre for affordable housing (an organization under the jurisdiction of the housing Committee) continues the analysis of the building, which left only the front facade and lateral walls.

Local activists believe that further work will destroy the last part of the buildings representing historical and cultural value. In their opinion, repairs necessary to stop and begin work on conservation buildings.

Earlier Smolny refused from the demolition of the house. The authorities promised to dismantle the emergency construction and to preserve the historical elements of the building. 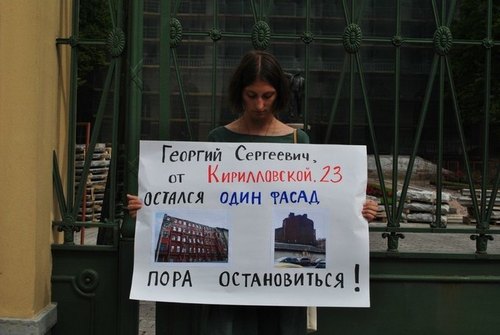 Picket at the building of the Smolny | Voopiik 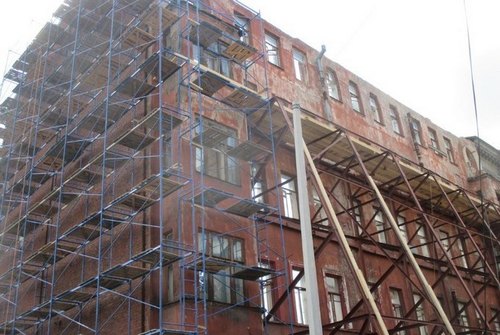 Izotov apartment house built in 1907 under the project of Nikolai Katsenelenbogen in the art Nouveau style. In 2008, the district administration has recognized the construction of the emergency.

May and Macron hold ‘informal’ Brexit talks in France