In the East of Moscow will appear year-round football field with a heated and a transparent roof.

Sports complex built on the territory of the Olympic reserve school “Labor reserves”. Apart from the football field there will be a gym, a classroom, locker rooms, showers, relaxation room and a café. The appearance of the building approved to the architectural Committee. 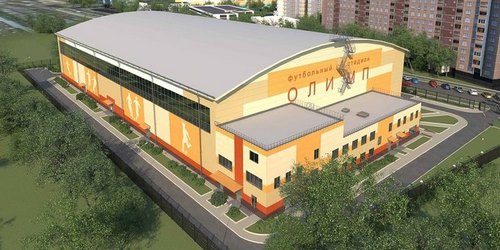 “The facades of the building will decorate the impressive aluminum appliqué silhouettes of athletes. This ten football players with a height of five meters. In the evening the giant figure will decorate led backlight”, – said the chief architect of the capital Sergei Kuznetsov.

On the website of the Metropolitan municipality stated that for fire safety will follow the robots, firefighters equipped with intelligent recognition of smoke, and an automatic hydraulic system and fire hose. In case of fire they will automatically start to work.

Authorities have not called the timing of the project. It is assumed that the area of a football field will be six thousand square meters, and the height of the building is more than 22 meters. According to the head of the Moscow Department of sports and tourism Nikolay Gulyaev, the new stadium will be one of the largest year-round playgrounds for playing football.

Disaster aid bill worth $19.1bn blocked again in US House