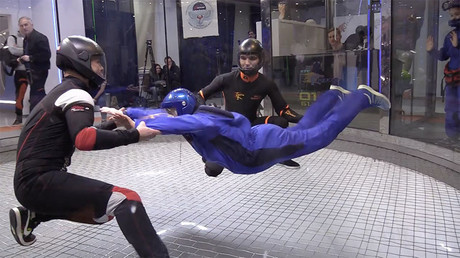 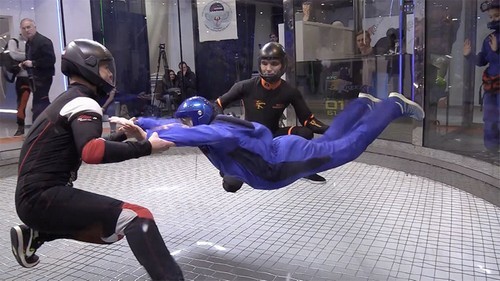 A 95-year-old Russian WWII veteran, who took part in the 1945 liberation of Auschwitz, went for a fly in an air tube in Moscow – not too surprising for someone who has also gone parachuting, hang gliding, and scuba diving.

Maria Koltakova, a 95-year-old World War II veteran, flew in an air tube for the first time in her life. A Ruptly video shows the incredible woman courageously stepping into the tube, accompanied by two instructors.

“It feels very good, a top-of-the-world feeling. It was not scary,” Koltakova said. “And I liked it very much. I have even asked [to fly] for the second time and to fly even higher. It was amazing.”

Two years ago, Koltakova set a string of incredible records, such as a first-time parachute jump at the age of 93, becoming Russia’s oldest skydiver.

“Last time I jumped on September 13, 2017 in Crimea, on the Klemetiev Mountain. It is 4,200 meters high,” the fearless woman told journalists.

Apart from parachute jumps, the veteran’s track record includes hang gliding, flying in a hot air balloon, and scuba diving. Koltakova participated in some key moments of World War II, including the 1943 Battle of Kursk and the liberation of the Auschwitz death camp in 1945. She was given 46 awards for her valor.

Windrush report on conduct of Home Office could be published