But in March, the protests were quelled. The king declared a state of emergency and brought in the Peninsula Shield Force, the military wing of the Gulf Cooperation Council (GCC). 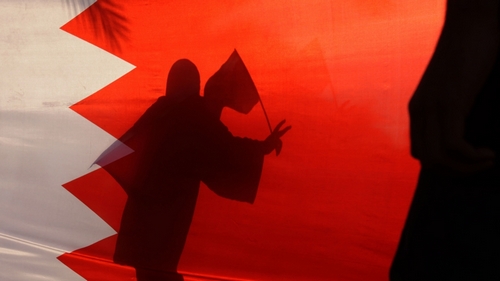 In February 2011, following unrest in Tunisia and Egypt in the early days of the so-called Arab Spring, opposition demonstrators took to the streets of the Bahraini capital, Manama.

The protests quickly gathered momentum, with demonstrators demanding greater democracy and an end to discrimination against the majority Shia Muslim community by the Sunni regime.

The government called the unarmed protesters and activists “terrorists”. Civilian demonstrators were teargassed, beaten and shot.

Now, allegations have surfaced suggesting that the Bahraini government made attempts to coerce members of al-Qaeda in Bahrain to target key figures in the Shia Muslim community during the unrest.

In leaked secret video recordings, former members of al-Qaeda say that the Bahraini government and intelligence officials cracked down on and tried to assassinate key Shia opposition figures.

The recordings say that Bahraini intelligence officers recruited al-Qaeda members to form a cell to murder Bahraini opposition activists, on orders from the king.

In one recording, former al-Qaeda member Mohammad Saleh says: “A state security officer and another officer… paid me a visit. They said they’d come on behalf of His Majesty the King of Bahrain at a time when the country was having a difficult time. He said that we, as fighters and members of al-Qaeda could help quell the Shia.”

In a different recording made at the same time, Hisham Hilal al-Balushi – who was later a known leader of a Sunni armed group in Iran, before being killed in 2015 – talks about being detained by Bahraini security services and then recruited to infiltrate another group in Iran.

The Bahraini government has strenuously denied the allegations made in this film. The foreign minister called them “lies and fallacies against the state of Bahrain”.

The minister of information said there were “attempts made by Al Jazeera channel to contact him and other officials, through unidentified telephone numbers, to record their conversations without their knowledge or official consent and to provoke them by using despicable methods”.

Al Jazeera also wrote to the office of the royal family, the Ministry of the Interior and Ministry of Foreign Affairs to ask them to respond to the allegations but has not yet received any replies.

After an Arabic version of the film aired on Al Jazeera Arabic, Mohammad Saleh and Jamal al-Balushi (the brother of now-deceased Hilal) appeared on Bahraini television, saying that although they did make the recordings in 2011, what they said was false.

Mohammad Saleh said “they all agreed to make the recordings and to include several false allegations in order to give them weight that would help international human rights groups build pressure on Bahrain’s government and security agencies”, the state Bahrain News Agency reported.

According to John Kiriakou, a former CIA officer, Bahrain “thought they could divide their own opponents by having their opponents attack each other”.