Two United States House committees are expected to delay for former Special Counsel Robert Mueller’s planned July 17 testimony for one week to allow more time for members of Congress from one of the panels to question him, sources said on Friday. 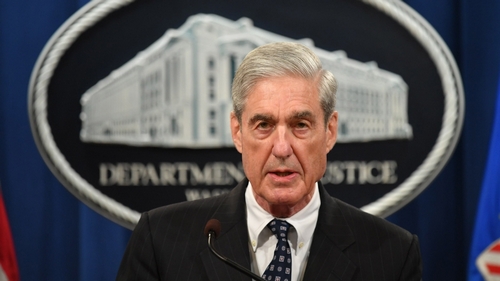 Special Counsel Robert Mueller arrives to speak on the investigation into Russian interference in the 2016 presidential election File: Mandel Ngan/AFP

Mueller, who oversaw the federal investigation into Russian interference in the 2016 US presidential election, is now expected to testify on July 24 before the House Judiciary and Intelligence committees, sources familiar with the plan told Reuters on the condition of anonymity because talks are continuing. Politico was the first to report the expected delay

Politicians made conflicting statements about the hearing on Friday afternoon. Some said it would be delayed, while others cautioned that a final agreement was not yet in hand.

In response to a query from Reuters, an aide to the House Judiciary Committee said in an email, “At this moment, we still plan to have our hearing on the 17th and we will let you know if that changes.”

The uncertainty presented a distraction for Democrats, who have billed Mueller’s testimony as a potential watershed moment that could focus attention on segments of his 448-page report that raise troubling questions about Republican President Donald Trump’s efforts to impede the federal investigation.

The committees have not officially announced any format. But Mueller had been expected to appear on Wednesday in separate two-hour public hearings before the Judiciary and Intelligence committees.

The Judiciary Committee also sought to interview former Mueller aides Aaron Zebley and James Quarles behind closed doors. But Representative Steve Cohen, a Democrat, told reporters they will not appear after the Justice Department directed them not to.

The committees began to consider a delay when Judiciary Committee members baulked at the unofficial arrangement for Mueller, because many of the panel’s less senior politicians would not get time to ask questions.

“Everyone on the committee wants an opportunity to examine Mr Mueller,” said Representative David Cicilline, a senior House Judiciary Democrat. “We have been arguing for as much time as we can get. Obviously, we want to make sure that there’s a full hearing.”

Under a new plan, sources said the House Judiciary panel would get an additional hour for questions. But some of the committee’s 24 Democrats and 17 Republicans could still be left out.

“That’s a decision that will be collectively be made, led by Chairman Jerry Nadler,” said Representative Hakeem Jeffries, a Democrat who suggested there could be a way for some politicians to participate without asking questions of Mueller.

“Every single member of the House Judiciary Committee, on the Democratic and the Republican side, should be able to participate in the hearing in some way, shape or form.”

Republican protests about the arrangements boiled over earlier this week, when Republicans accused House Intelligence Committee Chairman Adam Schiff of upstaging the Judiciary Committee, despite its primary jurisdiction over special counsel investigations.

House Intelligence has 22 members, about equal to the number of Judiciary members who were initially expected to question Mueller.

In April, Mueller submitted the findings of his nearly two-year investigation to the Department of Justice.

Mueller’s investigation did not find evidence of collusion between Russia and the Trump 2016 presidential campaign. It made no final recommendation on whether there was obstruction of justice by President Trump, but outline multiple incidents in which Trump tried to impede the investigation.