Tunisia’s President Beji Caid Essebsi was taken to a military hospital on Wednesday, the son of the president said, the second health crisis for the 92-year-old leader in a month. 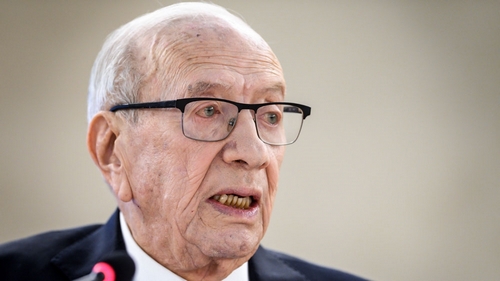 The president has only appeared twice since leaving the hospital on July 1 File: Fabrice Coffrini/AFP

The presidency was not immediately available for an official comment.

Hafedh Caid Essebsi, the president’s son, said that Essebsi was admitted to hospital on Wednesday after he suffered the effects of last month’s crisis, confirming an earlier report on local radio.

Essebsi, a major player in the country’s transition to democracy since 2011, had been admitted to hospital late last month and spent a week in hospital after suffering a “severe health crisis”.

But the president has only appeared twice since leaving the hospital on July 1.

Essebsi has been a prominent figure in Tunisia since the overthrow of autocrat Zine El Abidine Ben Ali in 2011, which was followed by uprisings against authoritarian leaders across the Middle East, including in nearby Libya and Egypt.

Parliamentary elections are expected to be held on October 6 with a presidential vote following on November 17. They will be the third set of polls in which Tunisians can vote freely following the 2011 revolution.