Antofagasta, Chile – Chileans on Friday won a vote for a new constitution written with broad citizen participation, a uniting demand of protests that have rocked the country for nearly a month.

“This is an historic night for Chile,” Senate president Jaime Quintana said during a joint announcement by ruling and opposition party leaders early Friday, hours before dawn.

A plebiscite next year could lead to a constitutional assembly. The announcement was hailed as a victory by some and critiqued and rejected by others. Meanwhile, protests continue, and will hit the month mark next week.

Here are five things to know the continued unrest and the referendum planned for next year:

1. How did the protests start?

In mid-October, secondary school students and other young people protested against a subway fare hike in Santiago. On October 18, they engaged in mass fare evasion actions, shutting down subway stations.

The student protests and ensuing police crackdown triggered nationwide mass protests over health, education, pension, wage, and other issues. The government decreed a state of emergency and deployed the military, but mass demonstrations and other actions against the country’s political and economic model grew.

“Chile is a country that generates wealth. Distribution does not reach the majority,” said Eduardo Rojas, a dockworker union leader in Antofagasta, a city 1,400km (870 miles) north of the capital.

“The people have risen up,” he told Al Jazeera.

The Chilean government has introduced a series of measures in recent weeks related to some of the multifold demands of social movements and protesters, but they have been widely rejected. A new constitution written by the people for the people gained momentum as a collective demand.

2. How would a new constitution be written?

In response to ongoing protests, the government eventually expressed a willingness to pursue constitutional reform, and then ceded to the demand for a new constitution. But the government’s plan was for the work to be done in Congress, and was widely rejected.

“The government’s response has been inconsistent, reactive, and of repression,” Pamela Pasache, a Ministry of Education workers union leader, told Al Jazeera. 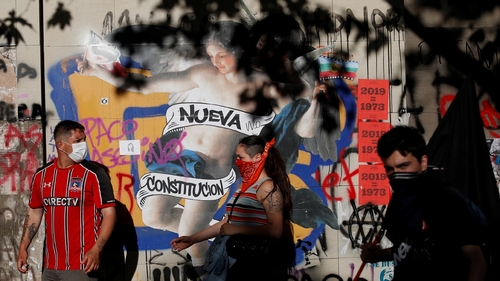 Demonstrators walk past a graffiti reading ‘New Constitution’ during a protest against Chile’s government in Santiago, Chile Jorge Silva/Reuters

But ruling alliance and opposition political forces presented a 12-point “Agreement for Social Peace and a New Constitution” on Friday, which outlined the basic steps for a new constitution with citizen participation.

Should the process move forward, citizen elections to the convention would take place in October 2020, alongside local and regional elections. The convention would up to a year to draft the document and pass it with a two-thirds majority. It would then require ratification in a nationwide referendum.

A new framework is needed in order to pursue legislation that addresses demands related to education, health, water, and other issues highlighted by the protest movement, said Pasache.

“A constitutional assembly could establish a constitution that guarantees human rights, which do not exist today,” she said.

3. Why is the process so important?

For weeks, many protesters have called for a new constitution, but the ‘how’ is just as important as the ‘what’.

Chile’s current constitution has undergone many reforms, but it was written in 1980 by a commission during the 17-year military dictatorship of General Augusto Pinochet. Preceding constitutions did not involve active citizen participation either. Chile has never held a constitutional assembly.

“We have been silent for so many years,” Luz Castillo, a longtime social movement activist, told Al Jazeera. “This is a struggle for all of us.”

Castillo has been participating in protests since they began and she stands out in the crowd in Antofagasta. She carried a large marionette she calls “Lulita Love”, a schoolgirl with a sign calling for just education. 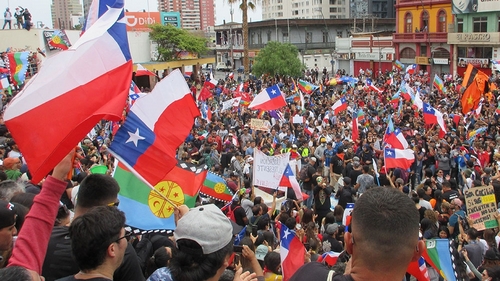 A mother of six and guardian of another six nieces and nephews, Castillo does not trust politicians to understand or act in the interests of the population, and she was far from alone. Chilean president Sebastian Pinera is a billionaire in a country where the monthly minimum wage is less than $400.

“There is so much inequality,” said Castillo. “Whether politicians are right-wing or left-wing, it’s the same.”

Decisions about education, health, pensions, children’s rights, and more should come from the population, including people living in poverty and others most impacted by policies, said Castillo.

“We want a new constitution for new laws,” she said.

4. How are protesters reacting to the news?

The complete reversal of the government’s position on a potential constitutional assembly is seen by many as an important victory. But the news has also been met with trepidation, critique and outright rejection, particularly by social movements.

The 12-point agreement sketches out the basic steps, but many details have yet to be defined, and the fact that politicians control the agreement and how it will move forward is a key concern for many protesters. For Modatima, the Water, Land and Environmental Defence Movement, among many other objections, the timeline itself is also cause for concern.

“The initial plebiscite is put off for five more months in order to cool down the social upheaval and have time for campaigns of terror,” Modatima wrote in a statement Friday.

The youth who sparked the movement for change in the first place will be excluded due to age from participating in votes and the convention. There is no indication that gender parity or indigenous representation will be taken into account. 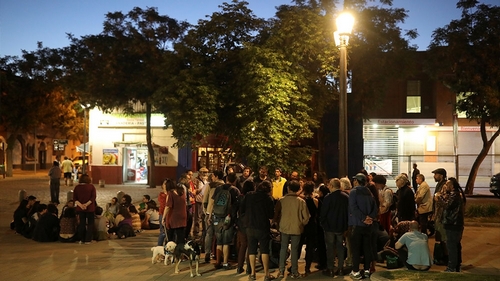 In the immediate future, further discussion is a likely next step. In recent weeks, Chileans have been coming together to discuss the crisis, problems and potential solutions in “cabildos” – grassroots assemblies and discussion groups. Often held in plazas and parks, people of all ages organise neighbourhood discussion sessions, and union and social movements host thematic assemblies.

Cristian Retamales, a local Ministry of Culture workers union leader in Antofagasta, told Al Jazeera the grassroots assemblies have been incredibly important, perhaps especially to him and so many others who grew up during Pinochet’s 1973-1990 dictatorship.

“Our generation did not have spaces for these kinds of open discussions,” he said.

The cabildos can play a role in fomenting a new culture in Chile and in reclaiming plazas and other public spaces, said Retamales. More sessions are already being organised in different parts of the country to discuss the official announcement, constitutional process and next steps.

5. What will happen next?

“I am protesting for my mother,” Ana told Al Jazeera at a recent protest, shortly before police began firing volley after volley of tear gas.

The fiercely critiqued pension system plaguing so many Chileans does not derive from the Constitution. A constitutional assembly has been an important collective goal, but so are demands related to pensions, wages, health and education, and many of them are much more immediate.

Protests continued on Friday, and so did police crackdowns. Around the country, police have used tear gas, water cannons, rubber bullets and metal pellets on protesters. More than 2,000 people have been hospitalised, including roughly 200 people with severe eye injuries. 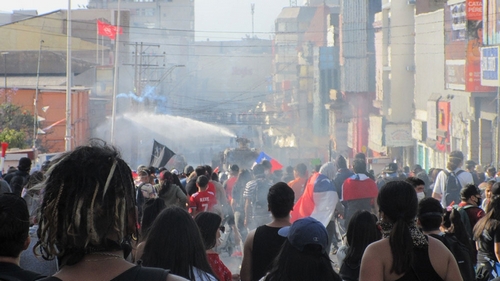 Regional courts in Antofagasta, Concepcion and La Serena have ordered police not to fire projectiles at peaceful protests and to restrict tear gas use to “extreme situations”. Two other regional courts ordered investigations into police use of projectiles against demonstrators.

At least 23 people have been killed during the crisis. In some cases, members of military and police forces have been arrested for abuses, including homicide. Police have arrested thousands of people over the course of the crisis.

As actions continue in the streets and work towards next April’s plebiscite gets going, protesters and social movements continue to demand an immediate halt to repression and justice for the killings and myriad of abuses that have taken place during the crisis.

Tulsi Gabbard is not the pro-peace presidential candidate we want