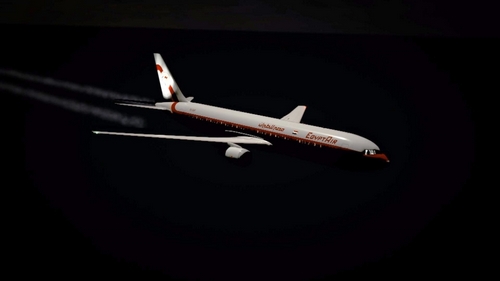 When is an air crash a planned suicide mission and when is it the result of a disastrous technical fault?

Soon after take-off, it plunged into the Atlantic Ocean, killing all 217 passengers. Nearly two decades on, the question that still has not been convincingly answered is ‘why’?.

The initial US investigation blamed the co-pilot and concluded the crash was “as a result of the relief first officer’s flight control inputs”, adding that the reason for his actions “was not determined”.

But today the evidence behind this conclusion looks far from convincing, as this Al Jazeera World investigation exposes.

In 1999, the Egyptian government handed over the task of investigating the crash to the National Transportation Safety Board (NTSB) in the United States, a Washington-based organisation charged with investigating transportation accidents, including air crashes.

Philip Riddell, an aerospace engineer and pilot with more than 50 years of experience, told Al Jazeera that the NTSB investigation was problematic.

“I thought the NTSB report was flawed in a number of areas. They kind of jumped on the conclusion that the handling pilot was mishandling the aircraft with a finger pointed at suicide,” Riddell said, adding that the agency may have “neglected to look at other relevant evidence that was found”.

The crash happened at a time of growing apprehension in the US about so-called “terrorism” and the appointed US investigation firmly concluded the co-pilot was responsible for bringing the plane down.

That conclusion was based on audio on the Cockpit Voice Recorder, where the relief First Officer, Gameel al-Batouti, is heard calling on God as he tries to correct the 767 from its sudden sharp descent. The NTSB investigation interpreted this as the final prayer of a man intent on suicide and mass murder, rather than a man begging for divine intervention to save the aircraft.

While the NTSB refused to speak to Al Jazeera, its chairman at the time of the accident, Jim Hall, agreed to be interviewed for this documentary.

“We were asked to take this investigation to begin with. We did it … and a good job was done by the investigators. The NTSB has a worldwide reputation for factual investigations and where we have problems with staff in terms of workload, we just extend the time for the investigation,” Hall said.

Egypt issued a furious rebuttal of the US report and the FBI and other US agencies also later cast doubt on its conclusions. Over the years these doubts persisted – but it was only some 14 years later, in 2014, when the US aviation authorities demanded a technical change to all Boeing 767s, that these suspicions ramped up.

Al Jazeera’s Neil Cairns conducted an in-depth examination of inconsistencies within the NTSB report –  starting with evidence of technical problems reported with the same Boeing 767 plane that had emerged the day before the crash.

In 2000, the Federal Aviation Administration (FAA) issued airworthiness directives for urgent relevant checks to be made on all 767s. It took another 14 years for the FAA to issue fresh directives which pointed to a technical problem with this model of aircraft.

After the 2014 directives, Boeing made changes to its own systems.

“The manufacturer, the larger it is, the larger the arms and the reaches are to it. I mean … if you look at Boeing, look at how far-reaching their capabilities are to … They have more government solicitors in Washington DC that help them get their products approved. The majority of their company sells to the United States government,” said Diggins.

The Boeing 737 Max 8 jet crashes in Jakarta in 2018 and Addis Ababa in 2019 have resulted in investigations into this model of aircraft. Boeing has already conceded mistakes were made in launching this model. But there have been no such concessions from anyone regarding Flight 990, and after nearly 20 years, there is no resolution for the bereaved families, not least that of First Officer Gameel al-Batouti.