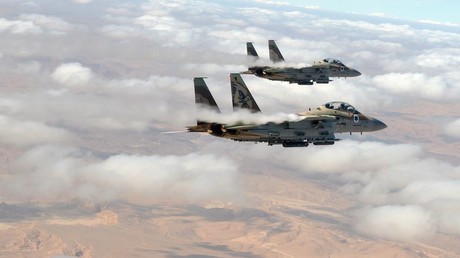 An Israeli F-16 fighter jet, shot down by Syrian air defenses during Israeli raids on Iranian targets earlier this month, apparently crashed only because its pilot made a mistake, an Israeli Air Force investigation has claimed.

On February 10, the Israeli Air Force lost one of its supersonic fighters while striking Iranian targets on Syrian territory. Tel Aviv had launched the biggest air raid operation in over three decades after intercepting an Iranian drone in Israeli airspace. Swiftly reacting to the ongoing “retaliatory attack,” the Syrian government activated its air defenses in order to try and intercept incoming missiles – and eventually hit one of the Israeli F-16 fighter jets which had breached Syrian airspace. 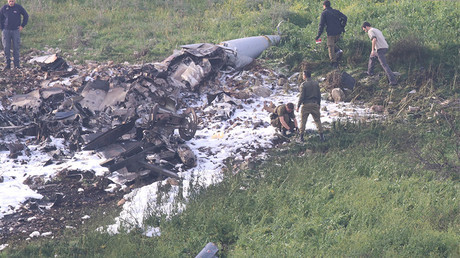 On Sunday, the Israelis confirmed that the F-16 was taken down by the Soviet-built S-200 surface-to-air (SAM) missile system, known to NATO as the SA-5.
Following the incident, in which both pilots of the Israeli aircraft survived, the Israeli Air Force (IAF) launched its own investigation into the causes of the crash. After analyzing the chronological order of events during the Israeli strikes and the Syrian response to it, the internal review of the Israeli experts determined that a pilot mistake was responsible for the F-16 takedown.

“On the balance of completing the mission versus defending themselves… the aircrew failed to adequately defend itself. Its actions did not match the needed order of priorities to address the missile threat it faced,” the report said, according to Haaretz. Furthermore, Israeli pilots were well aware that they would be exposed to enemy fire during their mission to destroy the Iranian drone command and control center.

“In the operational theatre, there were a number of planes that did indeed defend themselves against the Syrian launchings while completing their mission. One of the planes that did not defend itself, was hit,” a senior Israel Air Force officer told reporters, commenting on the conclusion of the probe, Reuters reports.

At the same time, the IAF said that the pilots did the right thing by ejecting from the plane, calling it a decision that saved their lives. The conclusion of the probe, made public on Sunday, revealed that the crew possessed the adequate intelligence to complete the mission. It also added that the F-16’s warning systems had behaved properly at the time of the incident.

Israel remains undeterred by the takedown of its F-16, Prime Minister Benjamin Netanyahu declared following the incident, using the events of February 10 to issue new threats against Iran, whose forces are involved in the Syrian conflict at Damascus’ invitation.

May and Macron hold ‘informal’ Brexit talks in France