“He died today morning after suffering for about three weeks,” his political and press secretary Sunil Shuva Roy told reporters on Sunday. 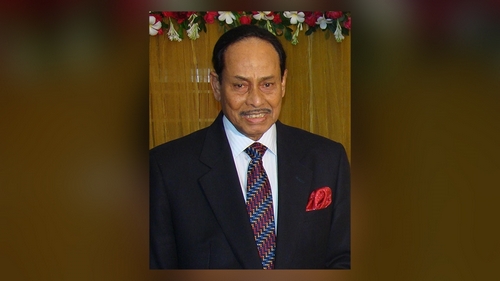 The former president had reportedly been on life support for 10 days in a military hospital in the capital, Dhaka, with liver and kidney functions impaired.

As army chief of staff, Ershad seized power in a bloodless coup on April 24, 1982, and declared himself president the next year.

He ruled until December 1990 when he was forced to resign in the face of mass upheaval and weeks of anti-government protests.

He was sent to jail afterwards on corruption charges but managed to remain active in Bangladesh’s political scene and was chairman of the main opposition party in the current parliament, the Bangladesh Jatiya Party, which he founded in 1985.

Ershad’s rule was marked by a controversial decision to make Islam the state religion of the officially secular Muslim-majority nation.

In comments made to local reporters from jail in 1996, Ershad, who was also a prolific poet, said that his “greatest failure… was running the country softly with a heart of a poet”.

Since his removal at the hands of current Prime Minister Sheikh Hasina and main opposition leader Khaleda Zia, the two women have become bitter rivals, with the government last year jailing Zia for a decade over corruption charges.