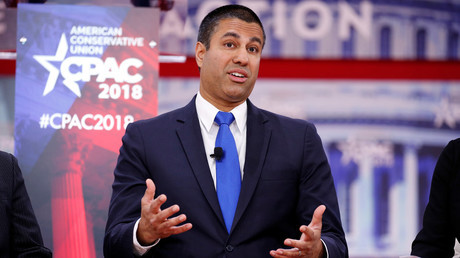 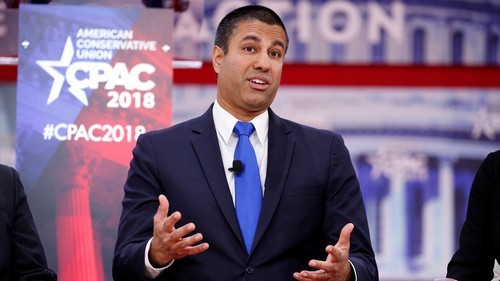 “Ajit Pai, as you probably already know, saved the Internet,” American Conservative Union (ACU) Executive Director Dan Schneider told the CPAC crowd when introducing Pai, as cited by The Hill. “As soon as President Trump came into office, President Trump asked Ajit Pai to liberate the Internet and give it back to you. Ajit Pai is the most courageous, heroic person that I know.”

Pai was initially scheduled to speak at the event but was instead presented with the award. The accolade, named after former NRA president Charlton Heston, is only awarded “when someone has stood up under pressure with grace and dignity and principled discipline,” said NRA board member Carolyn Meadows.

“Some people urged me to go for sacrifice bunts and singles and try to nibble around the edges – make some minor changes,” Pai said, as cited by Reuters. “But I don’t play small ball.”

The FCC voted in December to repeal the Obama-era net neutrality rules. The rules, which prevented Internet Service Providers (ISPs) from blocking websites, throttling traffic or charging for prioritization, are technically still in force until April 23, when certain subsidiary sections take effect, but an official date for full repeal has yet to be set.

Pai received huge backlash for his repeal of the agency’s net neutrality rules, including segments on several major late night talk shows which garnered millions of views. He fired back with his own troll video which was widely derided online.

Pai was forced to cancel an appearance at the CES show in Las Vegas after receiving multiple death threats. In December, the official FCC vote to repeal net neutrality was briefly interrupted by a hoax bomb threat.

The award itself is a handmade Kentucky long gun, which allegedly could not be brought on stage but will be displayed in the NRA museum in Fairfax, Virginia. Previous recipients include Rush Limbaugh, Vice President Pence, and former Milwaukee County Sheriff David Clarke.

On Thursday, a total of 22 state attorneys filed a lawsuit to block the repeal. Fight for the Future, a group that backs net neutrality, also criticized the award, saying Pai’s decision is contrary to the NRA’s objectives. 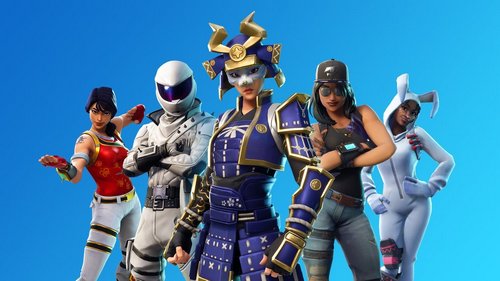