The World Health Organization (WHO) estimates that 10 percent of the country’s population of seven million has mental health problems. Due to an unknown number of unreported cases, the reach of depression, psychosis or post-traumatic stress disorder (PTSD) is likely to be higher. 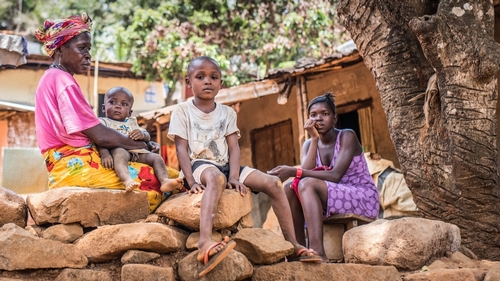 Sierra Leone witnessed a decade-long civil war and the worst Ebola outbreak ever, leaving hundreds of thousands traumatised in one of the world’s poorest countries.

Psychological help for these disorders is hardly available as there are only two practising psychiatrists in the country.

With more than half the population living in extreme poverty, daily hardships and misery can turn into what scientists call “toxic stress” and trigger or amplify mental health problems.

For children growing up in adversity, this “toxic stress” can have damaging effects on learning, behaviour and health throughout their life.

Inaccessible health services and spiritual beliefs drive those in need to the shrines of 45,000 traditional healers.

For a long time, there was a lack of political will to change the situation.

But now, individuals, activists, medical professionals and NGOs are coming together to help the country come out of the dire situation.

Fighting to survive in the event the Amazon is under breach