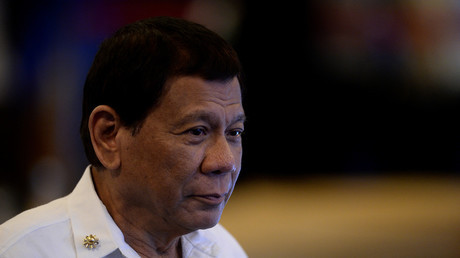 The US envoy in Manila has been summoned in anger and the Phillipines’ embassy in the US told to give an “accurate picture” of their country to US intelligence, after a report flagged the Filipino leader as a threat to democracy.

Last week, the US intelligence community, in their Worldwide Threat Assessment report, listed President Rodrigo Duterte as one of the leaders in Southeast Asia who continue to pose a “threat” to democracy and human rights. The assessment suggested the 72-year-old leader could “suspend” the country’s constitution and impose nationwide martial law. It also accused Duterte of using social media to spread government views and to counter online criticism of the government. 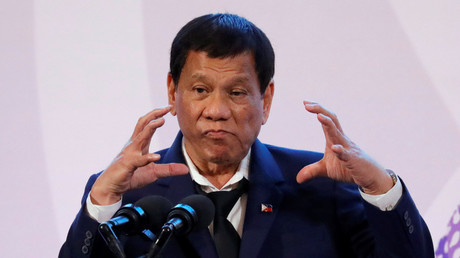 The tiny mention of Duterte in the 28-page report struck the heart of the Philippine administration. Taking it as an insult, Manila summoned the US ambassador to the Philippines on Thursday to explain the US intelligence assessment and to preserve a thaw in relations witnessed under Trump.

After US Ambassador Sung Kim “explained the nature of the report” to Executive Secretary Salvador Medialdea, the two countries “discussed shared interests and possibilities for expanding our partnership,” the US embassy said in a statement. The US side confirmed its commitment to collaboration and reaffirmed the “strength of the broad and deep bilateral relationship.”

Following the meeting, the Philippine side urged its embassy staff in the US to contact members of the intelligence community to provide them with “accurate” picture of Duterte’s reforms in the country.

“Medialdea instructed the Department of Foreign Affairs, through our Philippine embassy in Washington, DC, to coordinate and engage with the US agencies involved in the writing of the assessment,” presidential palace spokesman Harry Roque said, following Thursday’s meeting. “Medialdea further directed our embassy officials and staff in the US to provide the latter accurate information on the realities happening on the ground in the Philippines.”

“An autocracy is not prevalent, as they would like everyone to believe. Our media are still able to broadcast and print what they want, ‘fake news’ included. Our judiciary and the courts are functioning as usual. Our legislature remains independent and basic services are still being delivered,” Roque noted on Wednesday. “There is no revolutionary government or nationwide martial law, which US intelligence officials are saying that the President might declare or impose.”

Duterte declared martial law in the southern part of the country last year, in response to a siege in Marawi which was conducted by a militant group linked to Islamic State (IS, formerly ISIS/ISIL) terrorists. Martial law in that area has been extended through the end of 2018.

The Philippines’ president has consistently made headlines since coming into office in mid-2016 on a vow to end the country’s drug problem. His brutal crackdown has seen over 4,000 suspected drug users and dealers killed, many of whom were murdered by “unidentified gunmen.”

Duterte has also become known for his no-holds-barred rhetoric, calling former US President Barack Obama a “son of a b**ch” and telling him to “go to hell.” But his anti-American stance witnessed a metamorphosis after Donald Trump assumed office. His affection towards Trump revolves around the fact that the US leader has shown no interest in openly criticizing the drug war. In an April phone call with Duterte, Trump even reportedly congratulated him for doing an “unbelievable job on the drug problem.”