Buenos Aires, Argentina – About 34 million Argentines are heading to the polls in an election widely expected to cement the end of President Mauricio Macri’s term.

Most opinion surveys predict Alberto Fernandez, the centre-left leader of the Frente de Todos (Front for All) opposition ticket, will soundly beat Macri, who leads a coalition known as Juntos por el Cambio (Together for Change) in Sunday’s vote.

Fernandez’s running mate is former President Cristina Fernandez de Kirchner, a divisive and powerful political figure in the country. The pair won the presidential primaries in August by a surprising 16-point margin.

Speaking to reporters after he cast his ballot, Macri celebrated that voting had begun in an orderly way and said the participation rate appeared to be greater than in the presidential primaries.

“We have had a record number of votes cast outside of the country, which is very positive. There is a lot of interest, we all understand that this is an historic election for the country,” he said.

Earlier in the morning, the front runner Alberto Fernandez spoke to reporters after taking his collie, Dylan, for a walk in the Puerto Madero neighbourhood of Buenos Aires.

He became emotional recalling his friend and former president Nestor Kirchner, who died nine years ago to the day. He said that, if he was around, Nestor would tell him “to do what he has to do, that he will support me.”

Argentines are angry over the country’s struggling economy and the austerity measures put in place under Macri.

“You come to La Matanza, and you say Macri, and you’re uttering a bad word,” said 32-year-old Jose Galeano, a bus driver who navigates the modest neighbourhoods of La Matanza, a county in the densely-populated and poverty-stricken “conurbano” region of Buenos Aires.

Macri rose to power in 2015 on a promise to kick start the economy, but his free-market policies have not delivered and austerity cuts have made life harder for many Argentines. More than one-third of the country lives below the poverty line, unemployment is at 10.6 percent, and the rate of inflation is expected to hit 55 percent this year. 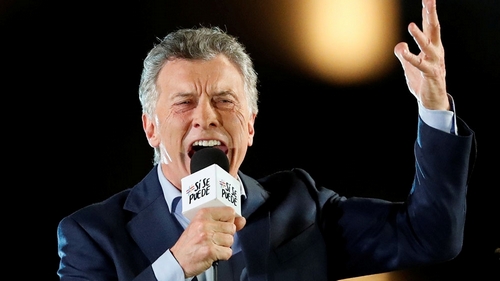 To be declared president on Sunday, one candidate needs to earn at least 45 percent of the vote, or 40 percent and a 10-point advantage over the nearest competitor. If not, voters will go to the polls again on November 24 for a runoff between the top two candidates.

Economy at centre of election

“The economy is the central issue, without a doubt, because of its urgency,” Ricardo Rouvier, a political analyst with the firm Ricardo Rouvier & Associates, told Al Jazeera.

The same can be said for much of Argentina’s history. The country is known for its economic crises, with chronic inflation problems and boom and bust cycles that have led to eight defaults on sovereign debt.

The Argentine peso shed value on the black market on Friday, trading at 75 pesos to the US dollar, according to Reuters news agency.

There were reports of long lines at banks of people taking dollars out. The Argentine Central Bank poured $220m of its reserves into propping up the official value of the currency on Friday. 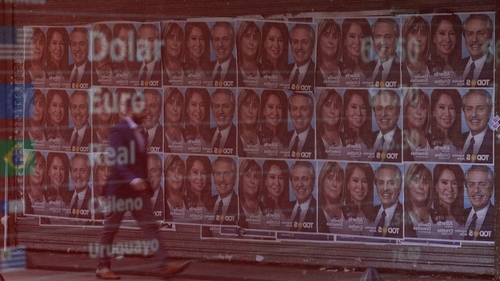 Fernandez, who held a key role in the government of the late President Nestor Kirchner, and is considered more of a moderate, has appealed for calm.

Analysts agreed that if Fernandez wins, he will not have a lot of room to manoeuvre economically. They also say the electorate won’t give him a lot of time to deliver results.

Fernandez has said his immediate goals are attacking poverty and hunger, and slowing down inflation. He has talked about revising the terms of a deeply unpopular $57bn bailout pact the Macri government made with the International Monetary Fund (IMF) to soften the blow for average Argentines.

“He will have a honeymoon period, but it’s going to be a lot shorter,” said Paola Zuban, a political scientist and director of investigations in the consultancy firm Gustavo Cordoba & Associates.

Macri, meanwhile, spent the campaign shoring up his political base. Following his loss in the primaries, Zuban said the president and his allies sought to strengthen themselves as the opposition, employing more right-wing rhetoric on issues such as crime, abortion and immigration.

“The growth of his party has been significant, notwithstanding the fact that it is going to lose its access to the presidency,” Zuban said.

Decades of the ‘same problems’

Galeano, the bus driver, said he did not vote for Macri in 2015 because “the businessman will always be a businessman”.

Increases to the price of gas, water and electricity were devastating for an average worker, he added.

“If you look at the people who say they are going to vote for him again, they’ve got money in the bank. They’re not struggling to get to the end of the month,” he said.

Sebastian, a 44-year-old business owner, in the middle-class Buenos Aires neighbourhood of Villa Crespo, said: “Argentina is a different country from one day to the next, but we have the same problems as 40 years ago.” 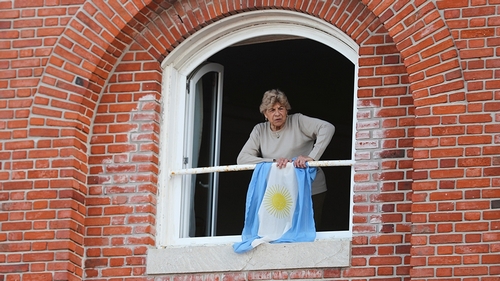 His grandfather was a furniture manufacturer, a family tradition he continued primarily through online sales. Sebastian, who declined to provide his last name to protect his privacy, has seen the success he built melt away, largely because of the plunging value of the local currency.

He buys products and pays tariffs in US dollars – but he sells them in pesos, cutting dramatically into what he earns. He suspects that he will not recoup about 40 percent of the money he invested this year.

“The big problem is what is going to happen on Monday. I’m not sure if I’m going to open,” said Sebastian, who stresses that a lot of people are in a worse position than him.

“It’s likely I’m going to support Macri,” he said – but not out of an affinity for his economic policies. He considers it a choice between bad and worse. And he laments the vicious cycle that he said his country cannot seem to break free from. “The best part of Argentina is the asado (traditional barbecue), and the family ties. But that doesn’t save you,” he said.