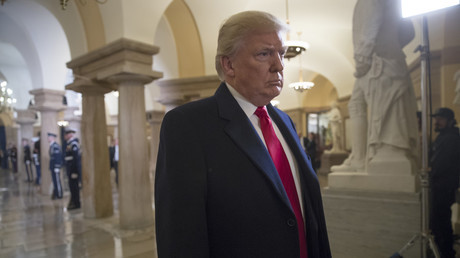 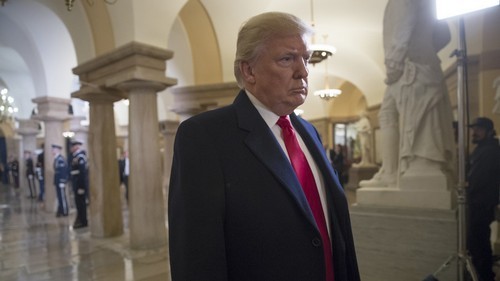 US President Donald Trump has again taken to Twitter to lash out at his predecessor Barack Obama, blaming him for not doing enough to stop “Russian interference” in the 2016 elections.

In a series of fiery tweets from his Florida golf course, Trump criticized Obama and Democrats in general for using the Russian hacking narrative as an excuse to attack him, stating that, “Crooked Hillary was going to win and [Obama] didn’t want to ‘rock the boat,’” but “the whole game changed and the Russian excuse became the narrative of the Dems” after he won the election.

“There is no serious person out there who would suggest somehow that you could even rig America’s elections, there’s no evidence that that has happened in the past or that it will happen this time, and so I’d invite Mr. Trump to stop whining and make his case to get votes.”…..

….The President Obama quote just before election. That’s because he thought Crooked Hillary was going to win and he didn’t want to “rock the boat.” When I easily won the Electoral College, the whole game changed and the Russian excuse became the narrative of the Dems.

Trump then attacked Obama for being soft, claiming that he was “much tougher on Russia.”

I have been much tougher on Russia than Obama, just look at the facts. Total Fake News!

A few hours earlier he tweeted that Obama was completely inert during his eight years in office. “Obama was President up to [the] 2016 Election. So why didn’t he do something about Russian meddling?”

Obama was President up to, and beyond, the 2016 Election. So why didn’t he do something about Russian meddling?

Trump finally gave himself and conservative media outlets a congratulatory pat on the back for helping the Republican Party to win against Democrat-controlled liberal media and governments.

Thank you to @foxandfriends for the great timeline on all of the failures the Obama Administration had against Russia, including Crimea, Syria and so much more. We are now starting to win again!

Republicans are now leading the Generic Poll, perhaps because of the popular Tax Cuts which the Dems want to take away. Actually, they want to raise you taxes, substantially. Also, they want to do nothing on DACA, R’s want to fix!

Matt Schlapp and CPAC are getting ready for another exciting event. Big difference from those days when President Obama held the White House. You’ve come a long way Matt!

This comes a few days after special counsel Robert Mueller indicted 13 Russians and three groups for allegedly meddling in America’s previous election cycle. The indictment showed there was no impact from the alleged actions of the group on US elections.

The defendants are accused of “creating false US personas” and operating “social media pages and groups designed to attract US audiences.” The indictment also accuses the restaurant and catering business Concord Management and Consulting Group of providing funds to the “spies,” without citing a shred of evidence in the process that the Russians involved actually colluded with the Trump campaign.

UK: Johnson in pole position after first round of leadership vote