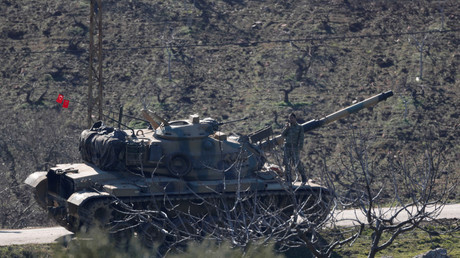 Ankara hopes to design, produce and deploy an unmanned tank to circumvent a technology gap that NATO countries are reluctant to fill, President Erdogan stated on Wednesday, unveiling the country’s development goals for 2019 to 2023.

Praising the current level of technical achievement in the defense industry, Erdogan highlighted how the development of domestic aerial drone production, which was prompted by NATO members’ repeated refusal to share the technology with Ankara. The Alpagu, the Kargu and the Togan military drones are just the latest achievements by Turkish arms makers. 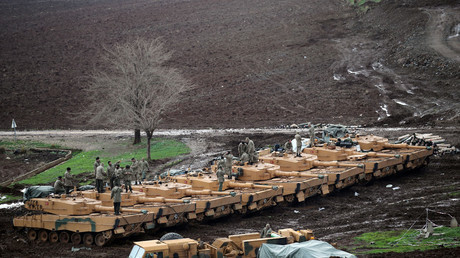 “We have our own unmanned aerial vehicles now. For years we wanted them from our strategic partner. The answer we received was, ‘the Congress does not allow.’ You are giving it to others, am I not your strategic partner, are we in not NATO, why do not you give it to us?” Erdogan asked, noting that the alliance even refused to rent the UAVs to Turkey. These rejections “finally made us our own armed and unarmed unmanned aerial vehicles,” Erdogan added.

The next step, Erdogan believes, is to develop an unmanned tank which could be used on the battleground to “save lives.” Turkey has lost a number of soldiers in Syria over the years, due to the vulnerability of their mainly German-produced tanks. To add to the problem, last month, Germany decided to delay the upgrade of Turkey’s Leopard tanks in the wake of the Olive Branch military operation against the Kurds in northwestern Syria.

“Almost all of the armored carriers in Afrin are domestically produced,” Erdogan said. “We will carry it a step further. We need to be able to produce unmanned tanks and we will do that as well. We are already producing many weapons,” the president noted, according to Hurriyet Daily News.

The goal of greater self-sufficiency in arms-manufacturing is not new for Turkey. Erdogan, who wants Turkey to enter the top 10 world economic powers over the next few years, is on a quest to beef up the indigenous defense industry and is investing heavily in Turkey’s largest defense firms, including Aselsan, Roketsan and Turkish Aerospace Industries. Over the last 15 years, the number of defense projects increased to 600, totaling $60 billion, compared to just 66 active projects in 2002. Overall, Turkey’s budget for defense projects was $5.5 billion in 2002 but, in 2017, surpassed $41 billion, he added.

“We developed our 2023 vision to make Turkey one of the biggest 10 economies in the world on the 100th anniversary of foundation of Turkish Republic,” he said. “I believe that nations, who are unable to plan their own future, are obliged to be a part of others’ plans.”