THE shoreline was where it began. This was where Baru, his totemic animal, the saltwater crocodile, wandered and danced in the Dreamtime. Baru sang the names of the red cliffs, the mangrove swamps, the creeks and stringybark trees.

And there, on the wide beach at the aboriginal outstation of Nayingburra on Elcho Island, off north-east Arnhem Land, Dr G. Yunupingu’s aunts Dorothy, Anne and Susan set up various sizes of tin cans in a row, and gave the blind child sticks, so that he could sing and play the land for himself in the steps of the ancestors.

When, many years later, he sang in London, China and New York; when he performed to standing ovations at the Sydney Opera House, and his debut solo album, “Gurrumul”, went triple platinum in Australia, this was what he was singing about. Almost no one knew. The plaintive tenderness of his high tenor voice and the sweetness of his acoustic guitar were all that mattered to his audience of enraptured Balanda, white folk.

Yet to him, sitting almost motionless on stage, bulky in his black leather jacket, his sightless eyes sunk even deeper with concentration, the point remained the words. He sang in English, sometimes, about his life. When he sang in his own Gumatj-one of several languages of the Yolngu people, rarely spoken even on Elcho Island-he was carrying out his duty of care for his people and the land.

He provided translations for his album notes. They remained mysterious, a list of ancestors, places and his own, or deep names, which linked him to them. (After his death these names, like his image, could not be used.) From each song one striking scene would emerge: a cat walking out in the cool of the evening, two orange-footed scrubfowl crying out like keening women, or thunderheads making the forms of ancestral spirits over the sea, “reflections…for me”.

None of this he had ever seen. He was born blind, as he sang in English, “and I don’t know why/God knows why, because he love me so.” As he grew up, his spirit understood. Blind, he could not learn to spear fish, track bees for honey, find bush tucker, or dig water-chestnuts out of the mud; he could not see the seven star-sisters whose cooking smoke made the horizon clouds before the Wet, or the sacred black mangrove stingray, Gawangalkmirri, with stars on its back.

His parents “cried their hearts in confusion” over him, their first child. But he could listen to the stories of his Gumatj clan round the fire, out on the beach, where families would gather to sit and watch the waves. Those times of contemplation flowed into his songs.

So too, musically, did all sorts of Balanda influences. Gospel and Victorian hymns came from the mission church he went to with his mother and aunts, and where he learned his first guitar chords, holding the instrument upside-down so he could play it left-handed (a habit he kept). Dire Straits, reggae and Stevie Wonder, also blind, he heard on the radio. His was a musical clan, and he gave up school at 12 to play drums and guitar in his uncle’s rock band, which performed tribal songs. Later he formed his own Saltwater Band, named after Baru; and then he was taken up by Michael Hohnen, a young white musician and co-founder of the Skinnyfish label in Darwin, who guided and protected him as he progressed to global stardom.

This was a dizzying trajectory. Elcho Island, for all its beauty, was an enclave of deepest poverty, its outstations full of rubbish and marauding dogs, with almost half its population under 20, and many of those sunk in kava-chewing and petrol-sniffing. He had avoided that, but was still barely educated in Balanda ways, however richly instructed in his own. He was also sick, with Hepatitis B, and from the generally poor health services afforded to his people.

Instead, as a newborn, he was held over burning gum leaves to make him strong. When his liver and kidney trouble got worse and he went to the Royal Darwin Hospital, the medical staff assumed this was alcohol abuse. His early death was average for his people.

All such deep injustice he was well aware of. Much of the money he earned, which he originally simply wanted to share with his clan, went into a foundation on the island to teach aboriginal children the essential stories of their world. But no bitterness entered his songs. Only trust: the same confidence in human goodness that led him to depend on other people, rather than Braille or a dog or a white stick, to help him through life. “Please hold my hand,” he sang, while he tried to “bridge and build Yolngu culture” out to the white world. Intensely shy, he would not talk after his concerts, even with Mr Hohnen as his interpreter. He had made his point.

A pit on the beach

In his last months, needing frequent dialysis, he seldom managed to get back to Elcho Island. Yet this was where the spirits of the ancestors determined he should go to die. He needed to be on a beach that Baru had named in song in his wanderings, and with his family when they came there to sit. So like Gawangalkmirri, the stingray, he made a shallow pit in the sand that he could lie in, and slept there on occasion. Some Balanda thought he was just long-grassing, sleeping rough, like other drunks. He was listening to the waves, and the old creation-songs. 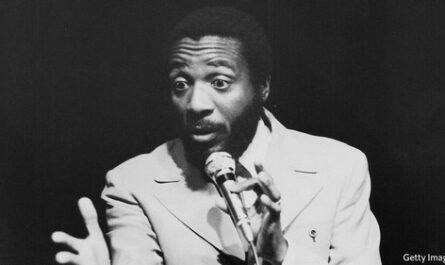 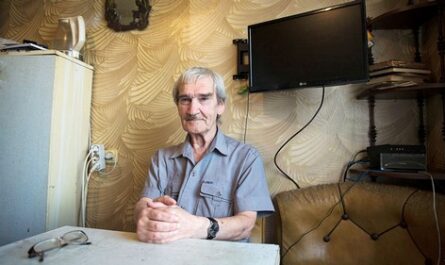 Stanislav Petrov was declared to have died on September 18th