Although television is no longer the only source of news and information for Russians, 69% of them still cited it as their main source in an August 2020 poll by the independent Levada Center. The three national main channels — Channel One, Rossiya and NTV — are where millions of Russians get their news and analysis about politics in America.

They’re also the source of opinion about the U.S. presidential candidates. On the eve of election day, Rossiya ran a long video report about the last days of campaigning. It showed Donald Trump and Ivanka speaking to cheering crowds interspersed with shots of Biden at his rallies. In Russian, Trump’s comments were smoothed out and elevated in style.

Biden almost never spoke. Over shots of him at the podium, the reporter explained that “Biden made yet another gaffe” or “Biden got confused once again.” The Biden crowd didn’t cheer; they screamed obscenities. It ended with scenes of stores being boarded up and young black people looting.

Simes and the other panellists gamely predicted who will win and tried to explain what might happen if Trump doesn’t accept the results. The Russian journalists, politicians and academics on the programs often disagreed with each other on particulars, but were in agreement on two things, which they stated several times: Russia has never interfered in American politics, and there is a good chance the elections will be violent.

In Moscow, if you ask a Russian friend about the U.S. presidential elections, you can guess their news sources from their answers.

If you hear about “doddering old Biden,” rioting, and the possibility of shoot-outs at polling stations, chances are your friend gets their news largely from Russian television.

If you hear about the latest polling information and a more cogent explanation of the Electoral College than you might hear in Des Moines, chances are your friend follows Russia’s more independent media outlets.

The result of a day of viewing and reading U.S. election coverage in the Russian media? A strange mix of hard facts, informed commentary and biased reporting.

Beyond the small screen

A bit of scrolling online leads to far more nuanced coverage by knowledgeable Russian journalists and scholars, from VTimes’ highly readable guide to the electoral college to Yevgeniya Albats reporting on the elections from the U.S. on radio station Ekho Moskvy.

The independent online television channel TVRain hosted a discussion with William H. Hill, a fellow at the Wilson Center, on which candidate would be better for Russia. The Carnegie Center has a range of analysis on various aspects of the election, U.S. politics and ramifications for Russia by their scholars who are specialists in America’s politics and political system.

RBC television will provide live coverage of the political and economic ramifications of the election, starting as soon as the polls close at 6 a.m. Moscow time on Nov. 4. The channel promises to look at more than just the presidential race, reminding viewers that, “The elections in the U.S. on Nov. 4 are not only to choose the president and vice-president, but 435 members of the House of Representatives, 35 senators and 13 governors.”

Mark Teeter, a long-time American resident of Moscow, a former columnist and editor at Moscow News and an instructor at the Higher School of Economics, recalled his first election overseas — at the Stanford University campus in France in 1968, when Richard Nixon, Hubert Humphrey and George Wallace were vying for the presidency.

“They had a big board up with the changing popular vote,” he recalled, “which was totally useless. That’s when I realized that foreigners didn’t understand a thing about our elections.”

This year he has found the Russian coverage an oddly mixed bag. “I’ll be listening to Business FM, which generally gives very objective news coverage. And then in the middle of “just give me the facts,” there is an obviously planted story,” most often casting Biden in a bad light. “Nothing surprises me anymore. There will be good information in places where you don’t expect it, or biased information on outlets like Ekho Moskvy.”

One fact, however, has gotten through to Russian election-watchers, wherever they get their news: They may have to wait up to several weeks for the final tally. 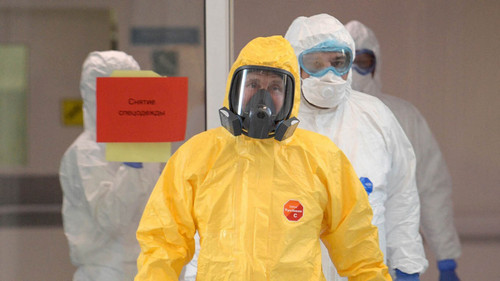 Russia’s Leaders Are Self-Isolating From Their People 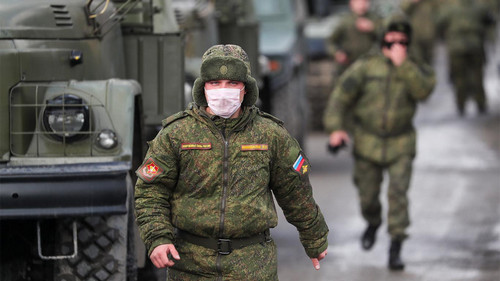 Putin Wants to Use the Military Against the Coronavirus, or Step up Himself