What has happened, however, is that Putin made a considerable effort during the campaign, yet it was Kiriyenko’s engineered system that won — though even it could not produce the figures that the president’s campaign should have warranted.

If United Russia’s campaign had been conducted without Putin’s involvement, the president and his inner circle would have been able to turn a blind eye to the exposure of these mechanisms for achieving the required results.

Moving forward, the Kremlin’s political managers will either have to bring their work closer in line with the leadership’s model, or put all their efforts into removing the president from public politics.

The party system, meanwhile, can be turned once and for all into a series of synthetic brand projects managed from the presidential administration. 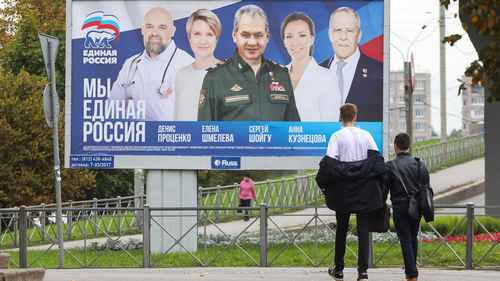 This latter point is confirmed by the success of the New People party, which cleared the threshold of 5% of votes required to make it into the State Duma, meaning there will be five party factions in the parliament again for the first time in many years. Plenty of people were apparently quite happy to vote for a bare brand with no notable figures or coherent ideology.

The other new party in the running — the Russian Party of Pensioners for Social Justice—only garnered about 3% of the vote.

The new parties managed to cast doubt on whether the Kremlin’s old allies — the LDPR and A Just Russia — would clear the 5% threshold: they won just over 7% each. It seems that treating the party system as a management project works, which means that this approach of shuffling brands, colors, and slogans can be used again in the future.

Prominent figures such as TV presenters, actors, and social activists can be added as needed to the basic brands — or removed.

This applies to United Russia, too. Politics will become akin to a marketing contest, where the president does not personally take part in the battle of the brands, but merely gets the right numbers.

But Putin, it seems, is not prepared to limit himself to the role of a client for whom the necessary figures are modeled. He wants to be a leader, like before. That’s understandable: managers work for any client in theory, but the role of leader is incontrovertible.

This is why the president and his administration have such different evaluations of the Duma election results.

The ruling, pro-Putin United Russia party kept its supermajority in the lower house of parliament despite critics claiming mass fraud and tampering during the three-day election, according to final results announced by election officials Friday. 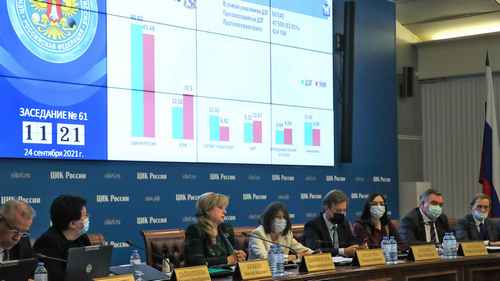 The Sept. 17-19 elections followed an unprecedented crackdown on the opposition, starting with the August 2020 poisoning and January 2021 imprisonment of Kremlin critic Alexei Navalny; the pressure, disqualification and imprisonment of his allies and other opposition candidates; and the blacklisting of election observers and changes to election laws in the run-up to the vote.

Here’s a full list of the parties that will legislate for the next five years in the 450-seat State Duma:

Will Russia’s Upcoming Duma Elections Change Anything At All? The Kremlin Need Have No Fear of Mass Economic Protests