Beirut, Lebanon – With the recent resignation of now-caretaker Prime Minister Saad Hariri amid unprecedented protests, Lebanon is entering a phase of political wrangling in which Hezbollah and its allies will be decisive.

Hariri resigned on Tuesday, saying he was responding to the will of the Lebanese people who for 13 days had taken to the streets in massive protests calling for the end of the country’s confessional political system and for corrupt politicians to be held accountable.

Protesters want the caretaker government to be replaced with a cabinet of independent experts who can lead Lebanon out of a deepening financial crisis, secure basic services such as electricity and water, and create a new, non-sectarian electoral law.

Though most who have taken to the streets do not want to see a return of Hariri, the 49-year-old remains the most likely candidate to lead the next government due to support among a number of political groups and much of the international community.

And while he saw the size of his parliamentary bloc reduced by about a third in last year’s polls, Hariri is still the single most-popular politician among Lebanon’s Sunnis – important in a country where the prime minister must be Sunni, the speaker of parliament Shia and the president a Maronite Christian.

“I think it’s clear Hariri should head the next government, but it can’t be the same kind of government – it must be cleaner, lighter politically and more professional,” veteran politician Marwan Hamadeh told Al Jazeera.

Hamadeh, a longtime Hariri ally, is currently an MP in the bloc of the Progressive Socialist Party (PSP), which is headed by Druze leader Walid Joumblatt.

“Every group should put a bit of water in their wine, starting with Hezbollah and Lebanese President Michel Aoun, so that we reach consensus and shelter Lebanon from … the impending financial crisis and start the reforms process that would satisfy the masses who have been demonstrating,” he said. 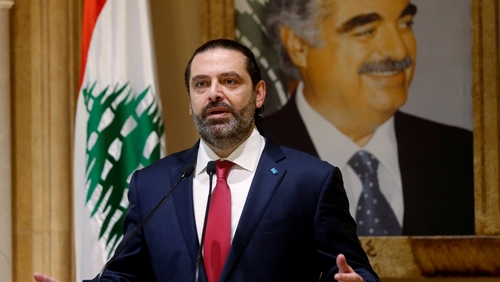 Hariri’s resignation came after he said he had reached a “dead end” in negotiations with parties on the shape of a new government.

Hassan Nasrallah, the leader of the Shia group Hezbollah, flat-out opposed any change in government, while Aoun insisted that his son-in-law, Foreign Minister Gebran Bassil – a controversial figure who has been the prime target of protesters – remain part of it.

The Reuters news agency reported that a political adviser to Nasrallah advised Hariri against giving in to the protesters, telling him “we are next to you, steel yourself”.

By resigning without any agreement in place, Hariri defied both Aoun and Hezbollah – a fact which may complicate the formation of a new government.

For a new government to be formed, the president must set a date for binding consultations with MPs. At that point, MPs head up to the presidential palace in Baabda, just outside the capital, Beirut, and inform Aoun who they would like to see as prime minister.

Based on who the majority of MPs support for the post, the president then designates the prime minister to form a new government.

But while he can count on the votes of his 20 MPs, as well as the nine MPs of his allies in the PSP and the 15 in the Lebanese Forces, Hariri will need some backing from political rivals who control more than half of the 128-seat legislature.

This means he will need to get the votes of the groups he defied with his resignation. Hezbollah and its allies, including the Amal Movement and Aoun’s Free Patriotic Movement, together control at least 67 seats.

To get the ball rolling, Aoun must call for consultations – but he has so far not done so. On Thursday, he said he was making “necessary efforts” to facilitate the process before setting a date.

There are three main scenarios being floated for the shape a new government could take on. The first and most likely is one headed by Hariri, with independent figures and experts thrown in, in order to satisfy the street.

“I think that if we see the president call for consultation in the next 48 to 72 hours, it is likely to be Hariri,” Sami Atallah, the director of the Lebanese Center for Policy Studies, told Al Jazeera.

“The prospect of it not being Hariri is I think something that everyone will be thinking very carefully about,” he said, alluding to the caretaker prime minister’s international standing.

It was France that organised an international conference known as CEDRE in April 2018, bringing together many mainly European nations as well as the World Bank to pledge $11bn in soft loans to Lebanon for infrastructural projects.

These funds have been viewed in Lebanon as a lifeline for a country nearing economic and financial collapse, and Hariri has been the main link with the nations who pledged the sum. 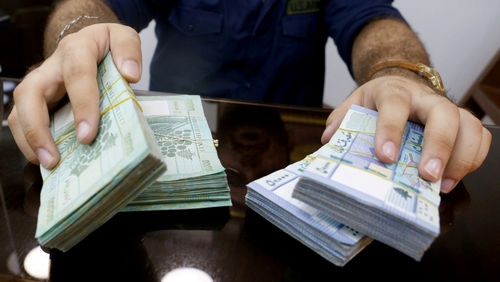 Lebanon is teetering on the edge of an economic collapse amid high debt and stagnant growth File: Mohamed Azakir/Reuters

Hariri’s resignation on its own had made accessing the CEDRE funds “a very remote dream”, Hamadeh said. Appointing someone other than him could be the nail on the coffin.

Additionally, the presence of a pro-Western figure such as Hariri at the head of a government has also shielded Lebanon from collectively paying the price of increasing United Stations sanctions on Hezbollah, which is backed by Iran.

This is why the second scenario, a government appointed by Hezbollah and its allies, could spell doom for Lebanon, according to some. “At this delicate financial moment, that might be very messy for us,” Atallah said.

The third scenario – the formation of an independent government of experts, headed by an independent – is the one that would most satisfy protesters. Yet, it is perhaps the least likely due to the fact that it would exclude established political parties.

Time is of the essence

While the shape of the new government is important, the time it takes to form it is equally of essence. Hariri’s now-caretaker cabinet took just under nine months to form due to political wrangling between parties. It lasted just about as long, nine months, minus a few days.

Lebanon no longer has that kind of time. High debt, stagnant economic growth and decreasing inflows of remittances – a vital lifeline – have put the country’s finances under increasing strain.

Central Bank Governor Riad Salameh recently said that a collapse was just a few days away, before walking back those comments.

Trump on Las Vegas shooter: ‘A very sick man. He was a very demented person.’