The head of the American state, Donald Trump, acknowledged that the trade deal with China was broken, and blamed the Chinese side. The American leader promised to further increase duties on the supply of goods from China to the United States. 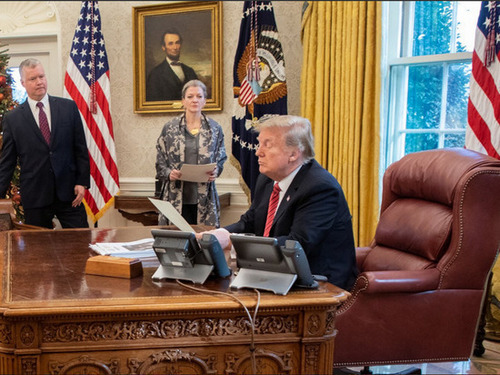 Previously, the US financial authorities regularly made statements in the course of trade negotiations with representatives of China, assuring that the parties were close to a deal. And the head of state himself said that negotiations were going “very well.” However, speaking in Florida to his supporters, Donald Trump admitted that the agreement was frustrated, and the Chinese authorities were to blame. The US president also said that the Celestial Empire “will pay for it.”

“They frustrated the deal. They cannot do that. So they will pay. We will increase the duties… and do not step back,” the White House owner said, confirming that the Deputy Chairman of the PRC, Liu He, will arrive in the US capital on Thursday.

The fact that negotiations between the two countries are not going as well as Trump spoke about it became clear on Sunday, when the American leader announced that duties on May 10 for a number of Chinese goods would increase from 10% to 25%. The Chinese authorities then announced a possible cancellation of the upcoming talks, and local media began to write about the Middle Kingdom’s readiness for a trade war with the United States.

Bloomberg: China will soon face the biggest default in history

In the first four months of this year, Chinese enterprises have already defaulted on domestic bonds by almost six billion dollars. Strengthening state control over shadow banks led to a lack of funding organizations. About this agency Bloomberg writes, citing the relevant study. Analysts say that soon the Celestial Empire will face the largest default in history. 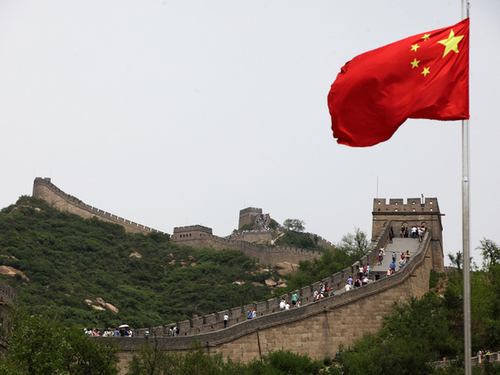 The default on debt securities in the amount of 13 trillion dollars can be announced this year, the researchers said.

The default on domestic bonds announced since the beginning of the year by $ 5.8 billion is 3.4 times higher than the same period last year. If no action is taken, then in 2019 the figure will reach the highest values ​​in the entire history of the country.

Enterprises are faced with a reduction in funding, explains the agency. In 2017, the authorities began to fight the shadow banking sector. Decisions on issuing loans there were taken without control by the regulator. It was from this moment in the country began a surge of default, which continues to this day. At the same time, the state continues to put pressure on banks, forcing them to lend to private business (especially small and medium).

“The short maturity of bonds means that companies often have to refinance their liabilities,” the agency’s opinion of Moody’s Investors Service analysts said.

Those enterprises that fail to do this will face difficulties. Credit organizations are in no hurry to issue loans to such companies and all their hope is in the “shadow banks”, experts write. However, the number of such banks continues to decrease due to the actions of the authorities.

Trump on Las Vegas shooter: ‘A very sick man. He was a very demented person.’