At the beginning, there are few relevant events.

According to the press, the perpetrators of the outbreak of national strife in Germany were found.

The crux of the matter: on Sunday in the eastern German city of Chemnitz (the former Karl-Marx-Stadt) during the holiday, two refugees from Syria and Iraq put several local residents on knives. A thirty-five-year-old German carpenter was killed, two more citizens were injured.The town hosted a 6,000-strong demonstration demanding the authorities to defeat migrant crime (the participants were, of course, named in the media by neo-Nazis). Antifascists gathered there (about one and a half thousand – this is in Berlin, the capital of advanced values, they are always in the majority, in the outskirts otherwise). There were skirmishes. 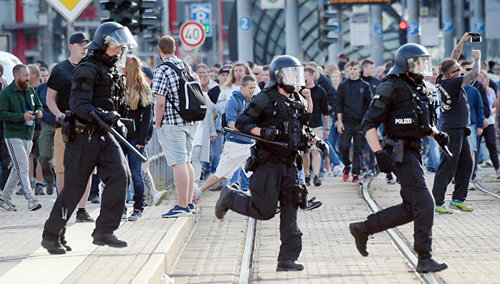 Well, here: the guilty are named. This is the police conducting the investigation. One of its employees merged with the social networks (the press about this, of course, is silent) the full name and surname of the arrested murderer – from which it became clear that he was a migrant. If no one had found out – there would be no disgusting xenophobia.

And the second news is from another part of the world. Brown University (Rhode Island, USA), under the pressure of progressive activists, removed from its website a publication on the results of studies of American women suffering from “fast-growing gender dysphoria.”

Here the story is the following.

1) Once upon a time transgenderity (that is, a man’s desire to be a woman and vice versa) was considered a deviation. And the patient was not subject to punishment and not to the psychiatric hospital, but to help: even in our intolerant USSR, and since the 1960s, such patients have undergone sex change operations. In the West it was the same.

2) Then in the advanced world, transgenderity was forbidden to be regarded as a deviation. The disorder was only allowed to consider “stress in connection” with it. At the same time, naturally, the blame for the encirclement of transgender people, which does not understand them, was to blame. Actually, the phenomenon as a disease was only allowed in an indirect form: psychiatrists and physicians do not formally study it, but “stress.” That is, this very “gender dysphoria.” 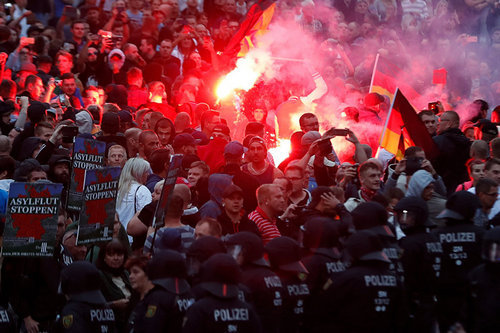 3) But in the last couple of years doctors in the US have reported explosive growth in the number of young citizens experiencing this stress and believing that their identity does not coincide with their biological sex. At the same time, a completely new phenomenon arose. If before the citizens-transgenders behaved as the opposite sex from early childhood, rejecting dolls, or, on the contrary, demanding dresses and bows, – now everything is different.

The author of the study at the Brown University studied 250 “girls born to girls” before the age of 27, who in childhood did not show any symptoms of transgenderity. They liked dolls, dresses, ornaments, and there was no stress. However, at the puberty age (around 14-16), they were suddenly covered by the discovery that they were not girls at all, but boys, bigders, and genderfluids, and then on the list.So that’s it. As the study showed , 45 percent of these adolescents had friends and acquaintances who became transgenders at the same time, and another 20 percent discovered a different identity after active immersion in the social network.

From this researcher Lisa Littmann made a foolhardy guess. What if this “dysphoria” (that is, in simple terms, transgender) is not only congenital? What if it also arises as a result of the classic “teenage epidemic”?

Well, we all remember ourselves: it is difficult to find a teenager who would not feel himself sometimes the most unhappy in the world, did not hate his reflection in the mirror at times, he would not cry that no one would fall in love with him, would not long to be like everyone else and so Further. If you throw an idea into a similar mental whirlpool that he / she is simply not in his body, the idea can detonate.The result of the research could not ignite all the wicks of the American transgender community gaining political power (they are now under 0.6 percent of the population, and the share is growing – overtaking European and Asian and Russian orders). A massive attack on the Brown University was followed irreversibly. 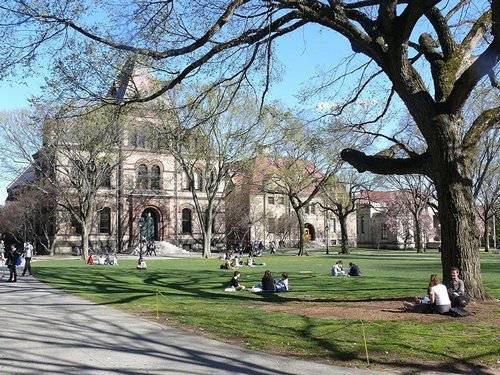 And the university broke down. Littman’s article was demolished, having published an apology instead: yes, we conducted the research inaccurately, conclusions were made hastily, and they (attention) “can damage the perspectives of the transgender community.”

… What unites these two news? In both cases – both with German migrants, and with American “trances” – the spread of facts is declared harmful. Do not lie, not misinformation, but simple human facts.The outraged public in the person of activists, opinion leaders, and so on resolutely demands to stop those who tell her the truth – in the event that this truth does not correspond to a correct, high moral ideology.

That is, before our eyes, a kind of dictatorship of pathos is rampaging around the world. The ideal is simply due to the fact that it is fluffier and more beautiful than reality, it receives not only a moral advantage over it, but also the right of censorship. The sounding of facts that do not cut into the ideal and “do not enter” its bearers, turns into an official betrayal. Facts can be arbitrarily ruthless and irrefutable – already that they cause Stress or Harm Perspectives, makes them criminal and subject to ignorance.

The reasons why this dictatorship of pathos became possible is obvious. In the age of the electronic media sphere, everyone can equip themselves with a comfortable isolated infomir with blackjack and like-minded people. The fact that everyone chooses the world for himself, according to his inclinations, for some reason makes many believe that they are “self-thinking people”. The idea that they are simply infantilized to the point that they do not digest the reality entirely, with bones and skins, causes a sharp rejection of such citizens. In the form of pathos, sarcasm and just hatred. And, of course, with the instant finding of the perpetrators.And if someone seems to think that this is all I have just written about distant countries with their exotic problems, then no. It is enough to look at how the color of the public reacts to sudden unpleasant facts in our country. And how this color declares that the facts a) cover up evil intent and b) therefore do not matter at all.

By the way, at the same time this phenomenon graphically illustrates the inconsistency of the popular idea that “the masses do not need extra knowledge.” And that citizens instead of the system knowledge of reality and critical thinking skills can simply be handed out on the current specialty and on the virtual world.

With such an approach, the emergence of a situation is inevitable, when it is necessary to explain something intelligibly to everyone – and it does not work out. Because to understand something that does not like them, they just disaccustomed. 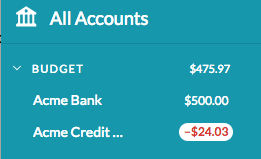