The State Statistics Committee of Ukraine released data on foreign direct investment in the economy for the first half of 2018. They were quite predictable and did not present any surprises.

First, a general low level of foreign investment in the Ukrainian economy was shown, which amounted to 1.259 billion dollars, which, of course, is simply a disaster for such a country. There is nothing new, in recent years everyone has become accustomed to that Ukraine has become a scarecrow for investors. 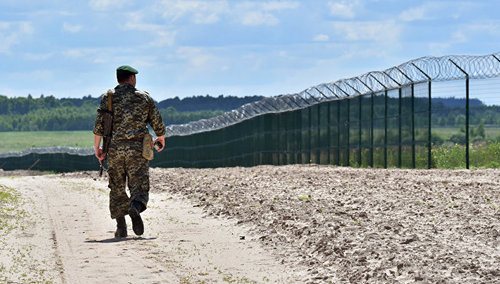 Secondly, distribution of investments by branches became extremely indicative, as the lion’s share (almost 60 percent) went to finance and insurance, and almost another ten percent took away wholesale and retail trade. Thus, the industry and the information and telecommunications industry got 8.2 and 7.9 percent respectively. However, given the scale and speed of Ukrainian de-industrialization, these figures are also not surprising.And finally, thirdly, according to the rapidly developing tradition, the “aggressor country” took the first place in the list of foreign investors. Russia invested $ 436 million in Ukraine, which amounted to 36 percent of total foreign investment. It was provided to a large extent by the same as in previous years, the capitalization of Ukrainian subsidiaries by Russian banks, for which their “unattached” assets turned into a heavy and very expensive suitcase without a handle.

More indicative is the share of Russian investment in the Ukrainian economy. The fact is that for many years this indicator in Russia fluctuated around ten percent. There was a little less, a little more, and now I’ve jumped, taking more than a third of all investments.

This does not mean an increase in Russia’s investment in Ukraine (it does not exist), but about a drop in interest in the latter from other outside investors.

The main essence of what is happening is different.

All recent statistics show the restoration of Russian-Ukrainian economic ties, albeit in a largely reformatted form.The foreign trade turnover between the two countries is growing at a rapid pace after the failure caused by the events of 2014. In 2017, it took off by more than a quarter, reaching almost $ 13 billion, while the surplus in favor of Russia was more than three billion.

This year, the trend has been preserved, adding another 30 percent in annual terms, with Russian exports to Ukraine again growing faster than Ukrainian imports and affecting such diverse industries as automotive and pharmaceuticals. As a result, it is Russia that now occupies the place of Ukraine’s main trading partner.

However, much more important changes in the composition of goods turnover between the two countries. Post-paced Ukraine has achieved its goal, and a number of positions have disappeared from it that have made the Independent not just an important but a strategic partner for Russia, from which Moscow had a serious dependence.

Kiev still exports, along with light industry goods, its metallurgy and machine building products – pipes, boilers, fittings, equipment for the meat and dairy industry. Almost none of this is just as critical for Russia as, not so long ago, Ukrainian production in the aerospace industry or shipbuilding. Now it is simply more profitable than their competitors, products for purchase – and no more.

This process is sometimes called the “mexicanization” of Ukraine, that is, turning it in relation to Russia into a Mexican analogue to the United States (a rather large, albeit a rather poor market, plus a source of labor). And it is in full swing, and, paradoxically, all the most harsh anti-Russian steps of the Ukrainian authorities only strengthen it.Four years of active movement to Europe led Ukraine just to the even worse variant of dependence on Russia. Only if earlier Kiev had a fairly extensive range of economic instruments for bargaining with Moscow and even pressure on it, but now they were destroyed almost everything.

The Ukrainian authorities can ban another list of Russian medicines (including vitally necessary and physically absent vaccines in their country). They can make plans for the final rupture of passenger traffic, including railway and bus services. They can prepare a break in the Great Treaty of Friendship with Russia.

However, there is something they can not.

Despite the large-scale depopulation and targeted efforts to activate this process on the part of the state, too many people still live in Ukraine. And for a significant part of the people, economic cooperation with Russia is the only way to survive physically-be it vital and financially affordable (unlike Western analogues) Russian medicines, work on footwear, metallurgy or any other production critical of the supply of its products “aggressor”, or the presence beyond the eastern border of relatives, to whom you can turn for help if necessary.

And this happens against the backdrop of increasingly depressing poverty, civilizational degradation and the degeneration of the Russian language even among its speakers because of Ukrainization.And against the background of the weakening of the state machine and the general traditions of anarchism in Ukraine, Kiev does not have any chances to put forth insurmountable obstacles to the economic interaction of the Ukrainian society with Russia.

All that the Ukrainian authorities can, is simply to strengthen and accelerate the process of transforming the once highly developed industrial country into a cheap but fairly large sales market and a labor base for Russia (and for Poland, of course).

And with the loss of the literary Russian language and the already degrading mass education, the working niche of Ukrainians in Russia will finally be reduced to approximately the same as that they have in a visa-free Europe.

The process of transforming the country going to Europe into the economically vassal territory of the “aggressor state” proceeds like a note.

5 thoughts on “Apparently, they fought for it. Ukraine became the Russian Mexico”