The Head of Roskachestvo Maxim Protasov sent a letter to First Deputy Prime Minister Anton Siluanov with a request to draw attention to the current GOST concerning beer production. According to Protasov, the current standard allows brewers to deceive buyers and supply low-quality products to the market. What does not suit the experts is one of the most favorite beverages Russians – in the material of RIA Novosti.

For quality answer
The main complaint of specialists of the national quality monitoring system to beer producers is non-compliance with GOST, which clearly shares the concepts of “beer” and “beer beverage”. The fact is that according to the Russian legislation, only those beverages can be called beer, at the production of which not less than 80% of brewing malt was used.

The rest of the volume can be covered with unsalted raw materials: grain, its processed variants and sugar-containing products (the latter – not more than two percent). All other products that are produced on a similar principle, but do not meet these criteria, should be labeled as “beer beverages”. 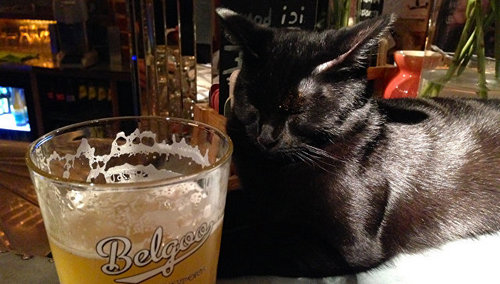 “The correction of the legislation will allow to rid the market of legal falsification and unfair competition, and also to provide the consumer with a transparent market with a clear understanding of what exactly is a beer drink and what is beer,” explained the position of Roskazhestvo deputy head of the autonomous non-profit organization Maria Sapuntsova.

Before the World Cup, the organization conducted a special study. It turned out that out of the 40 most popular brands, five do not correspond to GOST. In Roskachevich it was supposed that their producers saved on fermented malt, than they violated the law.

You shall not pass
The answer was not long in coming: the largest brewers of Russia criticized the study, noting that the method used was fundamentally wrong. Specialists of the ANO measured the mass concentration of nitrogen, the compounds of which are contained in the malt, and if the result did not meet the standards, the drink was considered to be substandard.

Representatives of one of the largest domestic brewing companies pointed out that this method of assessing quality is not used in any country in the world and was simply invented in Roskachev itself. But it is this indicator that the organization plans to supplement the existing GOST.

“The lack of professional knowledge and experience in the field of brewing leads to serious mistakes, which are aggravated by the fact that they are being broadcast to a mass audience,” the Russian Union of Brewers (RSP) said.

Difficulties of translation
If you take a close look at the definition of what is beer, and what – a beer drink, Roskachestvo should pay attention to their own wording. The official portal of the organization states that at least 80% of malt must be used to make beer – in accordance with GOST.

In Roskazhestvo they say that this concerns only sprouted and grinded grains of barley, wheat or rye, which Federal Law No. 171-FZ of November 22, 1995 does not say a word.

Obviously, the authors of the law understood that beer is an international product, which means that its composition directly depends on the most popular culture that is grown in a particular country. 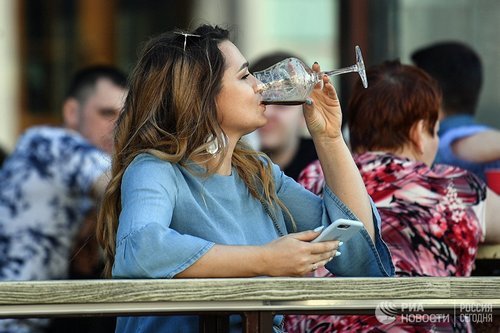 So, one of the most popular Belgian beers is Blanche, well known to the Russian consumer by the brands Hoegaarden and Blanche de Bruxelles. However, in Russia labeling labels indicate a “beer drink”, and not “beer”.

One more example. There are two practically equivalent varieties: European pale lager and American pale lager, which occupy the main market share in the Old and New Covers, respectively. In fact, this is “folk beer.” In Russia, the most popular is the first – due to the fact that it is brewed from barley.

On the contrary, in America the traditional grain culture is corn, from which the same “American Bright Camp” is brewed. A typical product is Pabst Blue Ribbon, which is also on the Russian market. However, on the PBR label, as the Americans call it, in Russia “beer” is indicated, and not “beer beverage”.

In other words, regulators themselves can not decide what to consider as beer and what is a beer drink. It is at least premature to change GOST in this situation.

Dialogue – to be
The current trend of consumption of alcoholic beverages in Russia suggests that the most popular among them is not vodka, as it is generally considered abroad, namely beer.

According to the Center for the Study of the Federal and Regional Alcohol Markets (CIFRRA), in 2017, the average Russian citizen drank 50 liters of beer, 3.5 liters of wine, 6.7 liters of vodka and alcoholic beverages, about 0.75 liters of cognac and a quarter of a liter whiskey, rum, gin or absinthe.

Proceeding from this, the government understands that it is impossible to limit the data of Rosca as the only source of information. Therefore, the Ministry of Industry and Trade will meet with the main players of the beer market and find out exactly what amendments to the GOST must be in order not to harm either business or consumers. Whether and it is necessary to enter them generally.