Experts note: the 2020 employment crisis, of course, has much in common with the difficult times of past years. Nevertheless, there are a number of positive differences from the crisis of 2008 and 2015. Yulia Sakharova, Headhunter Northwest Director, told us more about these differences:

– The number of vacancies is now, of course, decreasing, this is characteristic of crises of all time. But either we are now at the “ideal storm” point, when the crisis in the labor market is just unfolding, or we are now not seeing a characteristic picture. In 2008 and 2014, as I call it, a dovetail was observed. That is, a situation in which the number of incoming resumes increases sharply, people enter the labor market, they are reduced, they are looking for work. But the number of vacancies is sharply reduced.

Employment experts do not see the “dovetail” now. This is not to say that Petersburgers and residents of the North-Western District began to look more actively for work than before. A decrease in the number of vacancies is also not observed. Although the labor market is always extremely sensitive to the economic situation.

In addition, Julia Sakharova noted that most employers are still in a stupor:

– Due to the fact that quarantine measures are now layered on the economic situation, many employers and different industries have not yet decided how to react to them. Either they continue the selection – and in a number of areas the selection continues quite actively – whether they are now freezing some of the selected vacancies, and they continue to recruit the main specialists without whom the business will rise … In general, the situation is still different.

The applicants also “slowed down their activity”: those who wanted to change their tired job to a more satisfying place decided to wait for a more convenient moment.

– Someone is waiting, someone is holding on to their jobs, in the workplaces of a number of businesses, industries and companies it is not clear whether there will be reductions, or after quarantine there will be a rebound and increased demand, the expert explains. 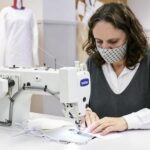 In addition to the lack of a “dovetail”, Yulia Sakharova named four more bright moments that highlight the situation in March-April of the current year against the background of past difficult periods:

– The second thing that distinguishes the ( current ) crisis from the previous ones is that various support measures are announced from the state, including targeted sectors. In 2008 and 2014-2015, as I recall, there were practically no such measures, and the situation was dramatic for a very large number of applicants. They were reduced in a short period of time and left without any support. Now it’s different.

The third positive point is that the active social position is now much more clearly expressed – both ordinary people who are eager to help those who are harder, and representatives of business and the media.

– Volunteers appear who are ready to help, bring medicines to older people. Businesses are joining together, those that used to be competitors, become partners in order to increase support for more affected sectors, ”said a Headhunter specialist.

The fourth striking difference today is the acceleration of the digitalization process. As noted by Yulia Sakharova, the need to strengthen “Internetization” has been discussed for a long time – the authorities have constantly stated this, every modern company in recent years has tried to introduce various innovations in this area. But only quarantine made “pass the five-year period in one month.” Now “there is a battle check” of all online services, Internet services and other modern methods of digitalization of business and labor.

Among other things, the willingness of companies to change the format of work is now actively “being tested in battle”, Sakharova noted. Companies in emergency mode learn to conduct interviews online, transfer employees to remote, part-time and temporary employment. This shake can quite beneficially affect the development of the labor market in the light of the requirements of the time.

No time to learn, get up to the machine!

Nevertheless, it should be noted that there are still victims of the crisis, and there are enough of them.

– Difficulties now especially among linear specialists, “blue-collar workers” who lived “short” and were not able to create some kind of financial pillow. These people need to earn daily, ”said Yulia Sakharova.

People without work experience today are in an even more difficult situation. If it was not easy for yesterday (or quite today’s) students to find a good position or even a part-time job before, now their chances have decreased even more. Almost half of employers in St. Petersburg want to see employees with experience of at least 1-3 years at the interview, 24% are looking for workers with experience of more than 3 years, and only a quarter of companies are ready to consider job seekers without experience.

– Business now needs people who can be immediately put to the machine conditionally and spend as little time as possible on their training. Because now everyone is focused on minimizing costs, including time, ”explained Irina Zhilnikova, Headhunter’s press service for the Northwest, explaining the situation.

As for the remote work, here, in fact, everything is not as rosy as we would like. Applicants in our city, and in the whole North-West region, are ready to work remotely: according to Headhunter analytics, in March 2020 the number of resumes with this mark increased on the site by 47% compared to March 2019. Moreover, last month there was a clear jump. But only 2-3% of employers offer remote work with us.

The number of vacancies is growing in the labor market every year, and this is normal. But in March 2020, the growth in St. Petersburg compared to March 2019 decreased by 6%. In the Leningrad region, this indicator has not changed.

In addition to students and people without experience, specialists from the vast majority of industries suffered. The hardest hit workers in the tourism and hotel business, restaurants, catering and catering, people working in sales and marketing. True, in this case, sales are taken with the exception of the product segment – during the quarantine period at the chains, which sells products, everything develops in the best way.

Competition is also growing. As noted by Irina Zhilnikova, competition in the 5-6 job seekers is considered normal in the labor market. This level has now been preserved in the Leningrad Region, but in St. Petersburg this indicator is currently twice the norm: according to Headhunter, in March 2020 there were 10.2 resumes per vacancy. In this regard, our city leads throughout the Northwest.

At the same time, in the “without experience” sphere the competition is even tougher: here more than 20 applicants apply for one vacancy. It is almost as hard for top management: competition in this area is more than 17 people per place. The “red level of competition” in March 2020 was seen in the entertainment and media sectors and in the civil service (15 people per place). And this is just the tip of the iceberg.

It is interesting that the vast majority of people who entered the labor market today in search of work in St. Petersburg are people with higher education (68%). What should these people do in conditions of such fierce competition? Headhunter expert advises changing the job search strategy itself:

– You need to look for work not by professional field – for example, I’m a marketer, I’m looking for work in marketing – but by industry. That is, you need to look at which companies continue to recruit staff in the difficult current realities.

At the forefront of the struggle for self-isolation

Today, two professions came under scrutiny: drivers and couriers. After restaurateurs closed their establishments, and stores of all stripes switched exclusively to the online format, the demand for couriers has grown very significantly. People sitting in self-isolation enjoy using food delivery services, receive packages, work documents and everything that is needed at home.

According to Headhunter analytics, the demand for couriers in St. Petersburg in March 2019 increased by 70% (compared with March 2019). Nevertheless, it cannot be said that companies lack workers in this field: on the contrary, the level of competition remains high here. In the Leningrad Region, 10 people apply for one vacant courier position, and 9.9 in St. Petersburg (according to the number of resumes on the hh.ru website).

In other regions of the North-West, the competition is even tighter: for example, in the Pskov region, 27 job seekers compete for one courier job at once. True, with an increase in workload and demand, salary also increases. If in March 2019 the average salary of a courier in St. Petersburg was 40 thousand rubles, now it is 49.5 thousand. According to Irina Zhilnikova, the increase in salaries is caused not only by the demand for couriers, but also by a great health risk for representatives of this profession.

– People should have a medical book issued. Must have access to work with products. In peacetime, we sent people to the medical board at our own expense, this is a week of waiting for the medical book. Now we can afford to choose candidates who already have medical books on hand. These are employees of restaurants, hotels, fast foods.

In addition to couriers, more and more often employers need pickers and packers – after all, online stores need not only to deliver, but also to pack their goods before this. In addition, the number of vacancies for drivers in St. Petersburg increased by 66%.

But will not all these people remain on the street after quarantine is over?

“We are sure that we will not roll back two to three times, but maybe 20-30 percent,” said Grigory Kunis. – A much smaller part than it has joined us will be conditionally superfluous.

Nevertheless, political scientists are already confident: after the pandemic, our labor market, like the whole world, will not be the same. Many of those who went to a remote location will remain on it, and the entire business will have to maximize its efficiency. Well, those who are left without work will have to learn new things and look for a place in other areas of employment. 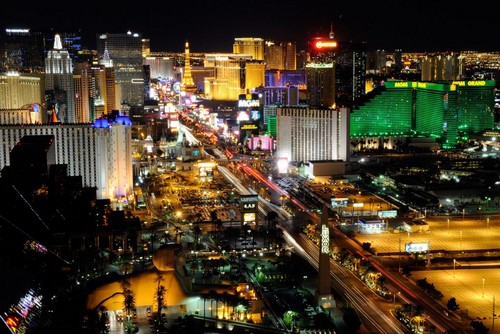