Skip to content
27.10.2020
Russian press
MOSCOW, September 3 (Itar-Tass) – RIA Novosti. The European Commission (EC) has decided not to extend anti-dumping and anti-subsidy duties on the import of solar batteries from China into the EU, the regulator said in a statement.

“Given the needs of both manufacturers and those who use or import solar panels, the commission decided that it would be in the interest of the European Union to abandon these measures,” the European Commission said. She also added that the waiver of duties would help achieve the EU’s renewable energy goals.EC in December 2013 introduced anti-dumping and anti-subsidy duties on the import of solar batteries from China for a period of two years. The measures were renewed in March 2017 for 1.5 years, which expired on the night of today. 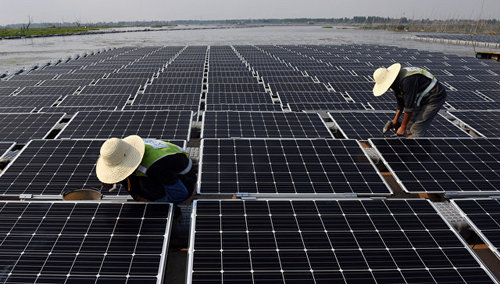 In January, the United States also announced the introduction of duties at a rate of 30% on imports of solar batteries from China. The United States authorities concluded that in 2012-2016, China’s export of solar batteries to the country grew by 500%, and prices fell sharply – by about 60%, which forced US firms to virtually stop production in the US. China in August turned to the WTO with a lawsuit against the US in connection with these fees.

The Last Czars: the historical drama that the whole of Russia is laughing at