Skip to content
01.11.2020
Russian press
MOSCOW, March 17 – RIA Novosti, Igor Gashkov. For more than 20 years, Chechen emigrants have been on the territory of the European Union. Most of them are former separatists, who arrived in the West as refugees. Closed communities of immigrants poorly integrated into local life. Law enforcement agencies in Germany record frequent skirmishes with Europeans, the number of Chechen organized criminal groups is growing. These gangs are considered the most closed, disciplined and cruel.

“In the hands were pistols and armature”

The complex relationship between irreconcilable separatists and their European environment is the result of a conflict of worldviews.“I was told how the refugees in the European Union treat the police.” The Chechen hooligan approaches the policeman and beats him, he does not defend himself, but simply steps aside. “The hooligan does not stop and again strikes.” The policeman retreats: the fact is that the minister of law and order he is waiting for the witnesses… Without this he feels himself not entitled to stop the excesses, “- says RIA Novosti expert on the North Caucasus, candidate of political science Arthur Atayev. 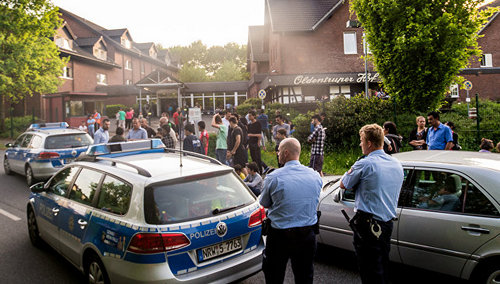 The skirmishes between the Chechen diaspora and the Germans take place in clubs where former refugees are extorted. In the risk zone, any place where criminals and victims are left alone. The attacks of Chechens are complained about by the owners of small private enterprises. In Germany and Austria, Chechens raided hairdressers, workshops and food stalls, demanding “compensation”: from a thousand to one and a half thousand euros per month.

In French Reims, the perpetrators decided to “take revenge” on one of the local residents. “The Chechens came unexpectedly, they left the cars with sticks, pistols and pieces of armature in their hands, some had facial masks on their faces, gestures showed that they would cut our throats.” Children and women had to be hidden in the house immediately, ” said the witness of the attack edition of L’Union. However, the gangster raid ended altogether in the way criminals expected: those who were attacked opened fire and fled.

“I think that the threat posed by Chechen gangs is potentially very high, and I have long pointed out it, but I could not imagine that the problem would become so acute,” said historian and ethnologist Christian Osthold, Sputnik Germany. According to him, Berlin was divided into migrant groups. Chechens stand out because they keep themselves apart. “I think they get along better with each other than with others.” They have alienation towards outsiders, these former refugees do not take dirty linen out of the hut, they try to solve all problems in their environment. “In a criminal context, this has its consequences: it is difficult to obtain data on Chechen gangs, “notes Osthold.

In 2017, the conflict within the Chechen migrant community still came out. It became known that a group of young people, outraged by the love relations of their compatriots with the Germans, declared a hunt for the apostates. The zealots of the traditional way of life sent threats to Chechens for “non-Islamic” photos on social networks. From the words went to work. Mortally frightened girls were forced to hide.

Acute hostility towards interethnic marriages and Europeanization as a whole is linked to another problem: among supporters of Dzhokhar Dudayev, initially secular, radical Islam enjoys increasing support. There is no exact data, but at least several hundred Chechen migrants went to Syria. In 2018 this stream turned back. According to the Austrian police, every second jihadist who returned to the country from the Middle East is a Chechen.

Press secretary of Chechnya’s leader Ramzan Kadyrov, Alvi Karimov, told RIA Novosti that separatists living in the European Union have long lost the moral right to call themselves refugees. “Once upon a time this could still be adequate because of hostilities or for economic reasons in the case of large families, but now there is no trace of the social phenomenon of refugee in the republic.” If today anyone leaves Chechnya, this is due to desire to receive any special education, and the proportion of such citizens is less than in other regions, “Karimov said.According to Atayev, the attitude towards Chechen migrants has changed dramatically on the other side of the border: “Since the beginning of the migration, a lot of deception has been associated, since the 1990s, when representatives of other peoples of Russia presented themselves for Chechens to get to Europe. criminal attacks.Now people from Chechnya in Europe are very reluctant to go in. A well-known opposition blogger is now trying to get asylum in Poland, and he is refused. “ 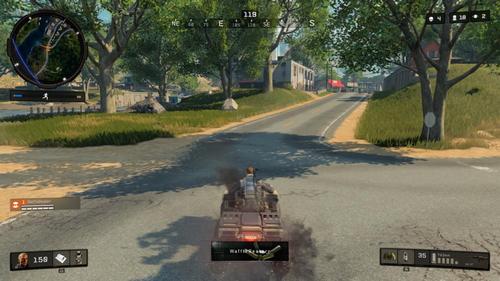