There is nothing more stable than the Russian currency, which falls under any political and financial circumstances.

Over 69 rubles today traded for a dollar, about 79 euros. Will we see in the near future in the exchangers a shocking figure of “70”?

Or the fall of the wooden still slows down the today’s assurance of the Central Bank to stop buying currency at least until the end of the month – at least for the time being, the ruble played several positions and stood still.

What good and bad is to be expected from currency swings to ordinary citizens, the “MK” experts tried to predict. 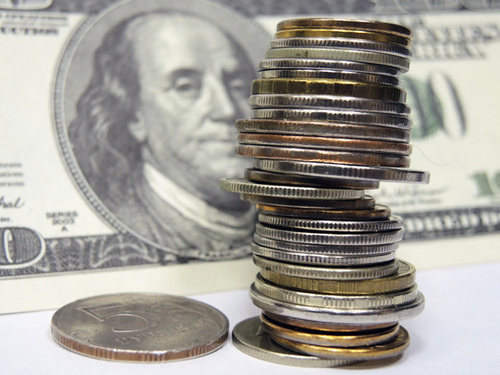 – Of course, the news of the termination of the currency purchase by the Central Bank had a positive effect on the strengthening of the national currency. It is the “69” mark, not the “70”, here acts as a certain rubicon, after which the ruble easing could easily accelerate and even reach the “71” figure, but we were made clear that at this stage the authorities do not want to see the ruble weaker. Otherwise our national currency could roll back another half or two points. The very same news about the termination of trading can be called “verbal intervention.”

Let’s hope that by the end of September the Central Bank will still adhere to the declared tactics. Let me remind you that since April, the ruble / dollar has been trading in the range of 61-64. Now we are out of this corridor and are in the range of 65-69, which is likely to stand until the November elections to the US Congress. I think that later we will hear more than once about any next draconian sanctions against Russia. All these political moments can undoubtedly prevent the strengthening of the ruble above the border 65. Then the authorities may again have to resort to a verbal settlement, as it was done today.

As for prices, they will only grow. We are certainly waiting for the increased tariffs of housing and communal services, already raised VAT, in aggregate the rise in prices for gasoline and logistics, for food. When the ruble was held in the spring in the corridor 61-65 – this caused the first wave of a rise in price, primarily gasoline. Now the ruble is trading even cheaper, there are also risks for the further rise in price of fuel. Naturally, retail prices for food products can rise, sausage and other meat products manufacturers have already announced that they are practically trading at a loss. As far as this is true, I can not say, but the fact that wholesale prices have closely matched to retail prices. Soon the season of cheap prices for vegetables and fruits will end, and even if the ruble returns to the range of 61-65, inflation is still able to get close to a two-digit mark in real terms.

– How did the currency market function in Russia for the last year and a half? Beginning in 2017, the Central Bank, on the orders of the Ministry of Finance, conducted a ruble intervention, that is, the whole currency was bought up on the revenue from the oil coming to the budget of more than forty dollars a barrel.

In fact, all this time we lived at the rate of the ruble, corresponding not to the market price of oil, but this very “forty dollars per barrel.” Now, for comparison, the price of oil is $ 75. If these interventions will not be a sufficiently long period of time, then we will exist, based on the market quotation of oil prices, in fact oil will be twice as expensive. And the ruble will react to this.

It is another matter that in addition to these currency interventions, although this is a very significant factor, there are a number of less significant, but in combination, very important points. These are sanctions that are now applied to our country. This is political instability in other states, for example, in Turkey. And, accordingly, the inflow of non-residents into ruble assets, first of all, in the Finance Ministry’s bonds.

All this negativity continues to operate. Despite the fact that the Central Bank has suspended the purchase of currency from the market, the effect of economic pressure on Russia still plays a big role. Latest auctions The Ministry of Finance does not place federal loan bonds (federal loan bonds – “MK”) – a third of which are consistently bought by non-residents. No placement – no non-resident currency. This, of course, also negatively affects the market. The situation in Turkey is somewhat reminiscent of the crisis of 1998 in Southeast Asia, which spread to Russia, and also adds nervousness. In the end, the combination of all factors and led to a weakening of the value of the ruble against the US dollar. I hope that everything will gradually return to normal, normalized, the latest statements of the Central Bank will have a powerful impact on the foreign exchange market. But it will become noticeable not immediately, apparently,

And this state of affairs may persist until the elections to the US Congress in November. Some players in the financial market believe that further draconian sanctions against us will still be accepted, but we think that either this will not happen at all or sanctions will become milder.

What remains in the dry residue? It is difficult to predict. But there is a common understanding that ruble interventions by the Central Bank were a very powerful and negative factor for weakening the ruble’s exchange rate, if they are removed, the national currency will win back its own.

Now we are at the very peak of the fall. Worse, I think, will not be. Our forecast for the end of this year is 61.8 rubles per dollar.