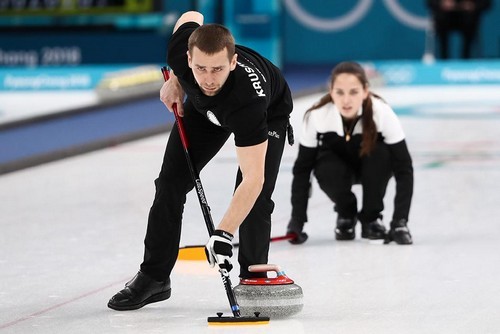 The first athlete from Russia to win an Olympic medal in mixed-doubles curling could see his bronze taken away after a second urine sample tested positive for doping.

The Court of Arbitration for Sport (CAS) announced on Monday that it had opened a doping case involving Alexander Krushelnitsky after he tested positive for meldonium. A week earlier, Krushelnitsky and his wife Anastasia Bryzgalova claimed bronze over Norway in the Winter Games in South Korea.

Krushelnitsky’s second sample tested positive for meldonium, a substance thought to give an unfair advantage by increasing blood flow and boosting oxygen circulation through the body, the Russian Olympic Committee said in a statement on Tuesday.

“It’s well-known that the effects of meldonium are only achieved with its regular usage,” the ROC said.

“The concentration of meldonium found in the sample indicates that a single use of the drug, which is not administered in medical practice, is absolutely meaningless form the viewpoint of achieving any therapeutic effect,” it added.

Russia’s Sport Minister Pavel Kolobkov told the RBC business portal that the result a “malfunction” and said it was “important to understand whose fault it was.”

Krushelnitsky himself has said that he had “never, not once” used banned substances “or any other dishonest means of competition” in a statement on the Russian Curling Federation website.

“Only those completely devoid of common sense can use any kind of doping, especially meldonium, on the eve of the Olympics, where testing is at the highest level,” he said.

An expert on the objectives of US destroyers off the coast of the Russian Federation: intelligence and demonstration