Skip to content
19.10.2020
Russian press
MOSCOW, July 10 – RIA Novosti. German Interior Minister and CSU leader Horst Seehofer on Tuesday presented in Berlin his master plan for migration (Masterplan Migration), the details of which for a long time kept a secret.

Seehofer was supposed to present his concept in the field of migration policy as early as June 12, but then he canceled the press conference. The German media linked this with the contradictions between Seehofer and Chancellor Angela Merkel on the content of this document.

“The master plan is an integral part of the turnaround in the field of migration in Germany,” said Seehofer. 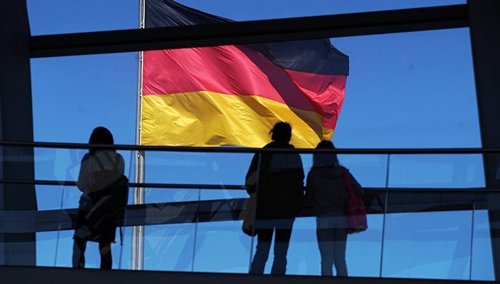 The plan of Seehofer, published on the website of the Ministry of Internal Affairs, consists of 63 items. Causing disagreement in the conservative block of the CDU / CSU, paragraph 27 on the deportation of migrants registered in other EU countries, was changed in accordance with the compromise reached. This paragraph assumes that migrants on the Austrian-German border will be deported to another EU country where they have already applied for refugee status. In addition, this applies to persons who were previously denied entry and stay in the territory of Germany.

On the border of Germany and Austria, a new border regime is being established, according to which transit centers will be set up, from where migrants will be deported to the EU countries in charge of their cases. To this end, a special agreement is required with these countries. In cases where a country refuses to accept migrants, deportation will be carried out on the basis of an agreement between Germany and Austria.

Also, the Seehofer plan envisages the creation of centers dealing with arrival, decision-making on migrants and deportation (AnkER centers). It is planned that in the future the application for asylum will be fully examined in these centers, where all the competent authorities at the federal level, the level of the lands and communes will be represented.

According to the plan, Germany should create a sufficient number of places of detention for persons subject to expulsion from the FRG so that they could not escape from the authorities’ view. In particular, Seehofer suggests creating such points at airports to facilitate mass deportations. In addition, the head of the Ministry of Internal Affairs of the Federal Republic of Germany offers to consider the possibility of entrusting some of the costs of the trial in the process of granting asylum to the migrants themselves.

In early July, Zeehofer and Merkel reached a compromise solution on the issue of migrants. The compromise presupposes the establishment of transit centers in Germany, where migrants will stay up to two days before deportation to other EU countries where they were originally registered.