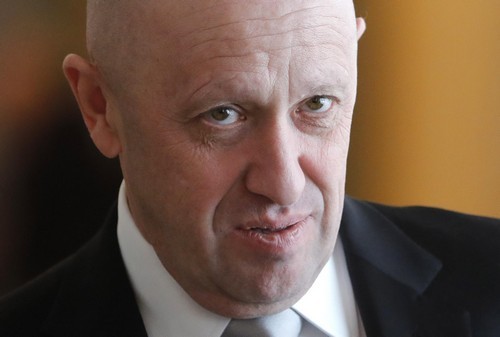 (Bloomberg) – In November 2013, three Russian political operatives flew from Moscow to New York. Over the next few days, the men toured Manhattan, took side trips to Washington and Detroit, drank vodka at a Brighton Beach restaurant, and had a guitar singalong with Russian emigres.

It was a whirlwind, but they had no time to waste. Their boss was Yevgeny Prigozhin. A lieutenant of President Vladimir Putin, he had ordered up a film depicting an impoverished and crime-ridden America. “We went to meet Russians who live in New York and find out what makes life painful there,” said Oleg Matveychev, a member of the group.

Prigozhin and three of his companies were named in the indictment announced last week in Washington by Special Counsel Robert Mueller. The prosecutors said he was one of 13 Russian citizens who defrauded the U.S. government in a multimillion-dollar conspiracy aimed at criticizing Hillary Clinton and supporting Donald Trump and Senator Bernie Sanders.

The 37-page indictment describes how hundreds of Russians used social media, fake rallies, and secretive operatives in the U.S. to create “political intensity” among radical groups, opposition social movements, and disaffected voters. In 2014, the indictment says, several Russians traveled to the U.S. under false pretenses “to collect intelligence for their interference operations.” 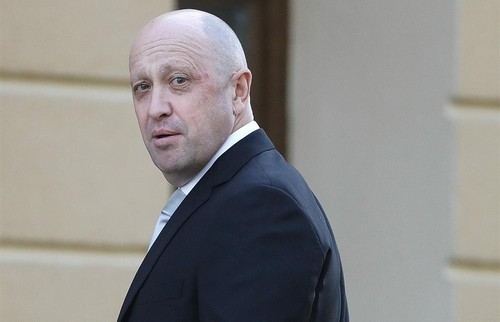 The 2013 journey, first reported by the Moscow newspaper Novaya Gazeta and confirmed by Bloomberg, shows that those efforts were preceded by at least one other project. It also offers a glimpse of the multifaceted nature of a propaganda machine built by Prigozhin. Matveychev said the New York trip, aimed at shoring up domestic support for Putin, was initiated by Prigozhin with no Kremlin involvement.

Such an operation, though, would likely have been backed by Russian intelligence, according to John Sipher, a retired senior Central Intelligence Agency agent who oversaw operations in Russia. “They wouldn’t waste that opportunity,” Sipher said. “You don’t travel to the U.S. like that without the support of the intelligence agencies.”

A short man with a stony stare, Prigozhin is known as “Putin’s Cook” because one of his companies, Concord Management, provides food services to the Kremlin. The Mueller indictment names that company’s parent, a related catering firm, and another Prigozhin group called the Internet Research Agency that ran a vast troll operation designed to sow discord in the 2016 U.S. presidential election.

Prigozhin has known Putin since the 1990s, when both lived in St. Petersburg and Putin was the city’s deputy mayor. Prigozhin ran a network of hot dog stands, and then launched one of Russia’s first grocery chains, according to the Medusa Project website. In 1997 he opened a restaurant on a ship docked on the Neva River, which became the go-to spot for hosting dignitaries such as George W. Bush and Jacques Chirac.

These days, Prigozhin can be seen departing Putin’s residences in a black SUV with flashing lights, a perk reserved for top brass. He’s chummy with business leaders such as Gazprom Chief Executive Officer Alexey Miller, who once was seen dashing through a Kremlin corridor to hug Prigozhin. He guards his privacy fiercely. At an event with Putin, a reporter spotted Prigozhin and called out to him by name. “Who are you?” the man replied. “You must be addressing the wrong person.”

The “Cook’s” reach extends beyond the Kremlin’s kitchens and internet trolling. According to three people familiar with the matter, Prigozhin controls a shadowy private military contractor called Wagner that maintains a training camp at a commando base in southern Russia and deploys mercenaries to eastern Ukraine and Syria. In 2016 Prigozhin was sanctioned by the U.S. Treasury, which said he has “extensive business dealings” with the Russian Defense Ministry.

“Prigozhin is one of those people who managed to convert his personal relationship with Putin into economic and political influence,” said Valery Solovei, a researcher at the Moscow State Institute for International Relations. “Putin needs people to deal with delicate issues, and Prigozhin could deliver trolls, mercenaries, and all kind of services.” 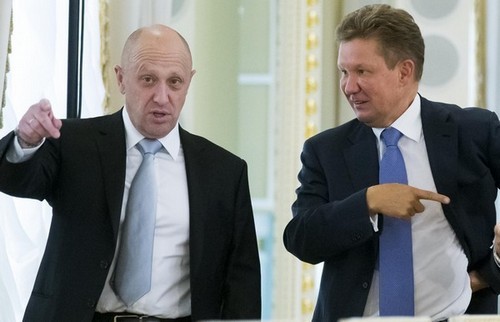 Prigozhin has denied wrongdoing and any links to the Wagner mercenary operation. “Americans are very impressionable people,” he told news agency RIA Novosti in response to queries about the Mueller indictment. “If they want to see the devil, let them see it.” Prigozhin did not respond to e-mails seeking comment.

Around 2011 Prigozhin set up a web trolling effort with Putin’s approval, according to a former Kremlin official. Prigozhin was the wizard behind the curtain, shaping the narrative as internet use surged and state media’s influence began to wane. His machine was key in helping quell antigovernment street protests after contested Parliamentary elections in 2012, which paved the way to an extended term for Putin.

“He reads newspapers every morning, websites, watches TV,” said Matveychev, who was part of the 2013 New York trip. “Then he gives his assignments: ‘Look what happened in Syria. Write comments saying everything in Syria is OK.’”

The trip to the U.S. was aimed at kicking off a series of anti-American films, according to Matveychev. They shot footage across Manhattan, looking for “disadvantaged areas,” homeless people, and what Matveychev called “dirt” that would cast America in a bad light. According to Novaya Gazeta, the team purchased U.S. SIM cards for their phones rather than using Russian numbers, and Concord employees back home were instructed not to directly contact the men while they were abroad.

Matveychev characterizes the American adventure as a one-time assignment that fizzled out when Prigozhin lost interest. The footage was ultimately used in a 16-minute documentary that has garnered about 35,000 views since Matveychev posted it on YouTube in 2015. He’s working on similar projects to promote Putin’s campaign for next month’s presidential election, both at the Kremlin’s behest and on his own initiative.

“Do you think I get money from the Kremlin for creating propaganda every day from dusk till dawn?” Matveychev said of the popular blog he has published since 2010. “I am an officer of the information war.”

Europe saves the World Trade Organization from destruction by Trump