The questions of the preparation of the Russian-Japanese program of events at the highest level were discussed by the adviser to the President of the Russian Federation Anton Kobyakov and the Japanese ambassador to Russia Toyohisa Koduzuki within the framework of the Fourth Eastern Economic Forum (WEF-2018), the Roskongress Foundation reported.

This year, the representative of the Japanese delegation will take part in the events of the forum, in which about 400 people are expected. As previously reported, the delegation will be headed by Japanese Prime Minister Shinzo Abe. 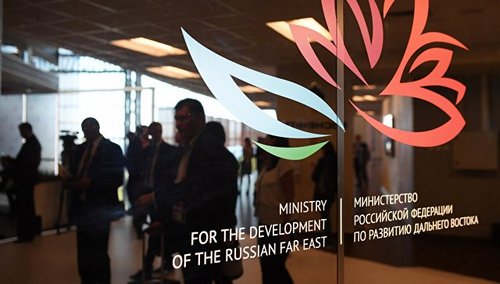 “During the meeting, the parties discussed the preparation of the Russian-Japanese program of events at the highest level and noted that the Japanese delegation takes an active part in the events of the sports program of the forum, including the Far Eastern regatta of training sailboats and the annual International Judo Championships named after Jigoro Kano among boys and girls under the age of 18 under the patronage of Russian President Vladimir Putin and Japanese Prime Minister Shinzo Abe, “the report said.

During the meeting, Kozuki noted that the trade turnover between Russia and Japan increased by 40% in seven months of 2018, investments are growing, “because the forum gives an additional impetus to the development of relations between our countries.” According to him, the district is developing the experience of Russian-Japanese cooperation in terms of industrial production and much more, notes Roskognress.

Summing up, Kobyakov drew attention to the content and high practical results of the discussion of topical issues of Russian-Japanese cooperation within the framework of the Eastern Economic Forum. “The diverse formats that the forum represents in Vladivostok contribute to the expansion of business activity between our countries and the further strengthening of Russian-Japanese relations,” the press service of Roskongress Kobyakov said.

The fourth Eastern Economic Forum will be held on the campus of the Far Eastern Federal University on the Russian Island on September 11-13.

The Roskognress Foundation is a socially-oriented non-financial development institution, the largest organizer of international, congress, exhibition and social events. It was established in 2007 to promote the development of economic potential and enhance the image of Russia.