The radio station interviewed representatives of various parties about their attitude to this project, and almost all of them spoke out in favor of preventing the construction of the pipeline main.“Nord Stream-2” is a bad proposal both in terms of energy policy and ecology, and in terms of security policy. We are actively advocating that in every possible way to stop this project, “said Commissioner of the Moderate Coalition for EU Affairs Karin Enström. 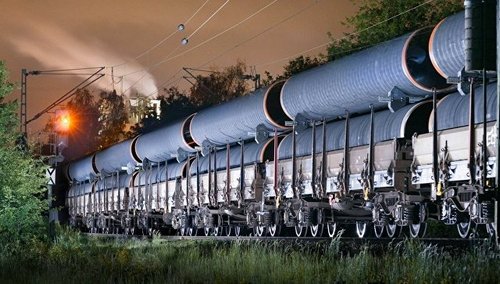 The MEP from the Christian Democratic Party of Sweden, Lars Adaktusson, stressed that “Russia does not respect international law,” citing the situation with Georgia and the Crimea as an example. Therefore, he believes that it is important to find other ways to provide the EU with energy, without becoming dependent on Russia.

The chairman of the Green Party at the Council for EU Affairs in the Parliament, Jonas Eriksson, said that Sweden had previously encountered difficulties in applying international law against Nord Stream-2, and therefore he considered it correct for the European Commission to amend the legislation, which would block the project.

Member of the Council for European Union Affairs and deputy of the Left Party Jens Holm said that Sweden will support this initiative of the European Commission, regardless of the result of the vote, which will take place on Sunday.“If we want to stop the import of natural gas to Europe, we will be able to do this, we need to find a legal space or issue new laws.” The Nord Stream-2 project will be blocked, “the deputy is sure.

In November last year, the European Commission proposed to adopt amendments to the EU Gas Directive. Their goal is to make sure that certain norms of the EU energy legislation are applied not to some, but to all gas pipelines on the territory of the EU, which come from or to third countries. Such norms include, in particular, non-discriminatory establishment of tariffs for pumping gas, third-party access to the ability to pump “blue fuel”, separation of activities for the sale and transportation of gas. Now these norms do not apply to offshore sections of gas pipelines.

Before approval of the amendment must be agreed in the Council of EU countries and the European Parliament. First, these European institutions develop and approve each their own unified position on the bill, and then begin to search for a joint compromise version of the document. If a compromise is found, then the innovations are approved once more separately by the EP and the Council of the EU and may enter into force.Amendments to the Gas Directive are still being discussed at the level of a working group in the EU Council and do not receive the necessary support from all EU countries. Consequently, the document can not yet rise to the next level – its joint discussion by the Council and the EP.

The Nord Stream-2 project envisages the construction of two gas pipeline lines from the Russian coast to Germany via the Baltic Sea. The pipeline is planned to be laid next to the current “Nord Stream”. It will pass through the territorial or exclusive economic zones of countries located off the coast of the Baltic Sea – Russia, Finland, Sweden, Denmark and Germany. Of these countries, Nord Stream 2 AG, operator of Nord Stream-2, has to receive building permits only from Denmark.

Against the implementation of the “Nord Stream-2” are a number of countries, in particular, Ukraine, which is afraid of losing revenues from the transit of Russian gas, and the United States, which have ambitious plans to export its LNG to Europe.