The German Uniper, which acts as one of Gazprom’s European partners in the Nord Stream-2 gas pipeline project, may refuse to participate in the project. This option is possible if the United States introduces restrictive measures, reports Dow Jones News . 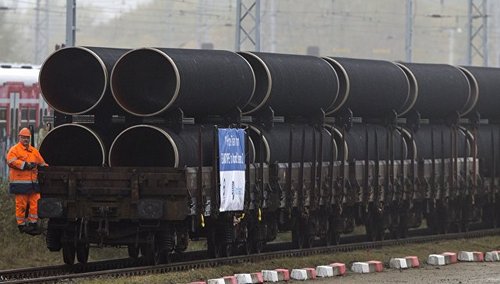 Member of the board of the energy company Christopher Delbruck said that Uniper can not take risks. According to him, because of the possible falling under sanctions, the company could be excluded from the payment turnover and it could not conduct trading operations in dollars.

He noted that these are the things “which Uniper basically can not admit.”

At the same time, Delbrück expressed the hope that all parties will act reasonably.

Position of the USA

Washington wants the EU countries not to take part in the construction of the Nord Stream-2 gas pipeline. In addition, the White House intends to introduce restrictive measures against those who continue to participate in the project. Instead of Russian gas, the United States is promoting its own LNG with the construction of regasification terminals in Europe.

The law, which was signed last year by US President Donald Trump, in particular, suggests that the head of state will be able to impose sanctions on individuals investing in construction of Russian export pipelines more than five million dollars for a year or a million dollars at a time. In addition, the law specifies that the US will continue to oppose the Nord Stream-2 project. The law also reduces the maximum term for financing Russian oil and gas companies from 90 to 60 days.

The Nord Stream-2 project involves the construction of two strings of a gas pipeline with a total capacity of 55 billion cubic meters of gas per year from the Russian coast through the Baltic Sea to Germany. Gazprom’s partners in the project are Royal Dutch Shell Plc, Wintershall AG, Uniper SE, OMV AG and Engie SA.