Like any element of the American show-policy, anti-Russian sanctions should sooner or later appear its own recognizable brand. If a political phenomenon does not have a brand, then it does not exist, as it were, in the public consciousness. Therefore, for example, Trump is itself a brand, and this brand even has a slogan: “Let’s make America great again.”

For anti-Russian sanctions came up with an equally bright and rather memorable brand – “sanctions from hell.” The authorship belongs to Lindsey Graham, a Republican senator from South Carolina. The American media, who saw the text of the bill of sanctions before its official publication, claim that it fully justifies its informal name. Analysts Barclays even pointed to a “radical” scenario for implementing the most stringent proposals appearing in this bill. Among them, among other things, is the introduction of financial restrictions against Russian state-owned banks.

“The most radical version of sanctions, in which sanctions are imposed on transactions with all Russian state-owned banks, will have serious consequences for the entire Russian economy, which may be even more painful than sanctions against the sovereign debt, ” Said economist Barclays Capital in London, Lisa Ermolenko, to the Bloomberg business information agency . 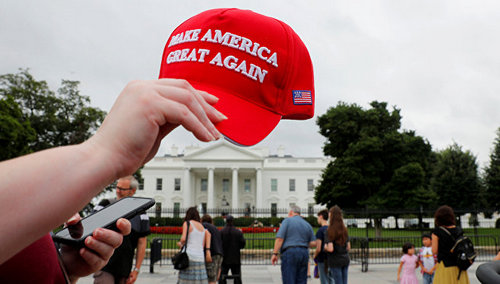 The analytical note of Barclays emphasizes that “the bill clearly demonstrates the determination to go further than before, in an attempt to damage Russia.” Here it is worth noting that in the determination of Russophobic senators to harm Moscow, and previously no one doubted. The only question was how rational representatives of the American elite would be able to hamper destructive and harmful sanctions for the US itself from those who hate everything against Russia and Donald Trump for anything.In the destructiveness of sanctions for the States themselves, many are hard to believe, because straightforward logic points to a simple construction: the harder the sanctions, the worse Russia is, and it can not do much harm to America. Therefore, sanctions are the best instrument for influencing Russia. And whoever thinks otherwise is the “Kremlin propaganda”. The problem is that if we proceed from this interpretation of the US’s possibilities and the consequences of sanctions, then the well-known ranks of Kremlin propagandists will have to write down, for example, the American ex-finance minister Jack Lew, who, while still a minister in Obama’s second term, explained approximately the same composition senators Russophobes, who demanded “to severely punish Russia for the Crimea and Syria,” that sanctions should not be carried away. And he gave very pragmatic reasons :

“Our central role in the world financial system should not be taken for granted: if foreign jurisdictions and companies feel that we will apply sanctions, especially secondary ones, without sufficient justifications and for undue reasons, we should not be surprised that they are looking for ways to avoid transactions in the US or in dollars, and the more we link the use of the dollar or our financial system with subordination to US foreign policy, the higher the risk of migration to other currencies and financial system, which is not in the interest of the United States, and we must try to avoid it. “This is not Kremlin propaganda saying that sanctions will harm the US itself. These are the theses of the top financier Barack Obama. A man who was able to convince in this rage from the Crimean slap of American politicians in 2016. From that, his convincing successor Stephen Mnuchin can show, the value of arguments will not change. If Washington really wants to force a major pull to dedollarize one of the largest oil and gas exporters on the planet, then the difficulties in the Russian financial system will be short-term (or – in the worst case – medium-term). But the damage to the dollar system will be inflicted forever.

The issue of so-called secondary sanctions – that is, the threat of applying measures to European, Chinese and other non-American companies, which will continue to conduct business with Russian punctuation companies, should be addressed separately.Let’s look at the Iranian situation, in which Washington places high hopes on “secondary” sanctions. Despite certain successes by and large, European countries arranged for Washington a real holiday of disobedience. For example, Reuters reports that “Germany will continue to provide export and investment guarantees for Iranian projects, despite US pressure.” 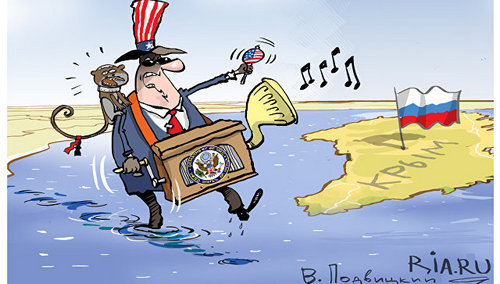 Even more interesting information is provided by the flagship of the American business press: The Wall Street Journal : “The governments of France, Britain and Germany told Iran that they are considering activating the accounts of the Central Bank of Iran in their central banks for the sake of opening a financial channel to support the Iranian nuclear deal.”In this case, Europeans “go to the principle” – while in the Iranian situation it is not about any vital interests of the European Union, but rather about the desire to protect their Iranian investments and to show Washington that it can not alone dictate European foreign policy. Moreover: NBC and BBC declare that at the official level, the EU already threatens to impose sanctions against European companies that will comply with US sanctions.

In these circumstances, the chances that the EU will agree to participate in the financial isolation of Russia (at risk, for example, to freeze in the winter) to meet the Russophobic ambitions of a group of American senators are, to put it mildly, insignificant. In addition, a certain part of anti-American European politicians, for example Jean Claude-Junker, can perceive the possibility of total de-dollarization of European-Russian financial flows as a gift of fate. And as a good way to spoil Washington’s mood.

“Infernal sanctions” is undoubtedly a very effective political brand, but their real effectiveness against Moscow is extremely doubtful. Even Western analysts do not really believe in them.As stated in an interview with Bloomberg analyst rating agency Moody’s: “Russia is ready to dampen the blow of any new sanctions, which may be the United States introduced measures to reduce investments in US bonds and, depending on the dollar made the economy less vulnerable to tighter US restrictions.”.

This is the case when it is difficult to disagree with the opinion of the American rating agency.