The volume of the state debt of the Krasnodar Territory began to decline gradually, in eight months of this year, loans worth more than 57 billion rubles were repaid ahead of schedule, the region’s governor Veniamin Kondratiev said, the words of which are the regional press service. 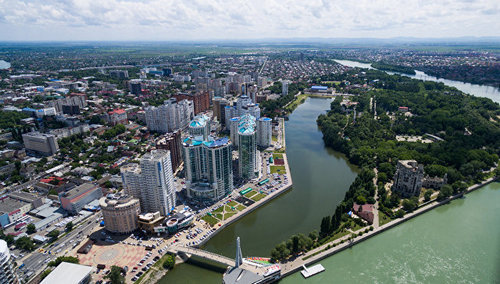 It is specified that the head of the province took part in the meeting of the State Council Advisory Committee on Intergovernmental Fiscal Relations in Moscow. Within the framework of the meeting, the governor reported on the state debt of the Krasnodar Territory. According to him, two years ago it was possible to stabilize the debt, and by the results of the last year the volume of the state debt began to decrease gradually.

“We are pursuing a balanced debt policy, constantly refinancing loans at lower interest rates, as early as possible, we are extinguishing loans.For eight months of this year, loans of 57.1 billion rubles were repaid ahead of schedule,” Kondratiev said.

Special working groups in the municipalities of the Krasnodar Territory will analyze by the end of September this year the facts of using land for other purposes, the press service of the regional administration.

It is specified that measures to counteract the use of land for other purposes were discussed at a meeting held by the vice-governor Sergei Boldin. “The meeting decided to instruct local authorities to form working groups that will analyze compliance with the legal regime for the use of land and facilities located on them with the involvement of all interested departments,” the report said.

It is specified that the analysis will be carried out within the framework of the execution of the order of the regional governor Veniamin Kondratiev to mobilize additional revenues to the regional budget. “Working groups are instructed to complete the analysis before the end of September,” the department added.

According to the regional authorities, the practice of using land plots not in accordance with the established type of permitted use has spread in the Krasnodar Territory. According to Kondratiev, often on the grounds of IZHS in the resort areas are built hotel complexes, and in Krasnodar, there are shops and car-care centers. At the same time, the land tax rate for hotels is 28 times higher than the tax for IZHS.

“Only the joint work of the executive authorities, local self-government and federal structures will lead to a real result – the ordering of existing land and property relations, updating the databases of the cadastral chamber, and will also allow the tax authorities to clarify the object and rates of taxation,” – the words of the vice- Governor Boldin.

The English Stamp on Moscow’s History