The Kemerovo region, the only participant in the 4th Eastern Economic Forum “not the eastern” region of Russia, plans to sign 17 agreements on cooperation, including with foreign companies, the regional administration said on Friday. 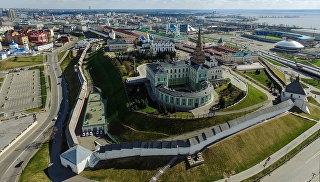 “At VEF-2018, the Kuzbass delegation plans to conclude 17 agreements, including agreements on trade, economic, scientific, technical and cultural cooperation between the Kemerovo Region and the Republic of Sakha (Yakutia), Khabarovsk Krai, an agreement between the College of Regional Administration and JSC” Russian Export Center ” A separate agreement is being developed with the Far Eastern Federal University, “the report said.

In addition, memoranda on international cooperation are being prepared, in particular, with Chinese and Korean companies in the field of environmental protection and industrial safety in the Kemerovo region.

At the forum representatives of the regional administration and Tashtagol District present a comprehensive project “Development of the tourist and recreational cluster Sheregesh.” The project assumes the integrated development of the territory of the largest Siberian ski resort Sheregesh for the creation of a multigrade tourist cluster of world level, and the formation of a center of exhibition activity, The total investment in the project is about 34.3 billion rubles. ie its implementation the number of tourists per year will be 2.2 million people in 2025, 2.6 million – by 2035.

The authorities of the region also informed that the delegation of the region will present the stand “Kuzbass: Time to Be the First” and an art exhibition “Kuzbass in Fine Arts” at the campus of the Far Eastern Federal University on Russky Island at VEF-2018, the pavilion at the exhibition “The Far East Street” on the embankment of the bay Ajax, as well as present the best investment projects of Kuzbass.

Tatarstan plans to sign an agreement between the Russian automotive company Kamaz and the Chinese engine corporation Weichai Power in the framework of the Eastern Economic Forum (WEF), as well as two agreements on cooperation with the largest Chinese provinces, Rustam Minnikhanov, the republic’s president, said.

“Weichai is a partner of our large Kamaz enterprise and I am sure that a serious agreement on the creation of a new joint venture will be signed within the framework of the Eastern Economic Forum,” Minnikhanov said during the opening ceremony of the Consulate General of China in Kazan.

The President of Tatarstan also said that during the meeting with Chinese Ambassador to Russia Li Hui, the signing of two agreements on cooperation between the largest provinces of the PRC and Tatarstan was discussed. According to his information, they are also planned to be signed within the framework of the WEF.

“We will try to use the platform of the Eastern Economic Forum as much as possible,” Minnikhanov stressed.

Earlier, the Russian automaker Kamaz reported that it is negotiating the prospects of cooperation with the largest Chinese engine building corporation Weichai Power.

The fourth Eastern Economic Forum will be held on Russky Island in Vladivostok on September 11-13. 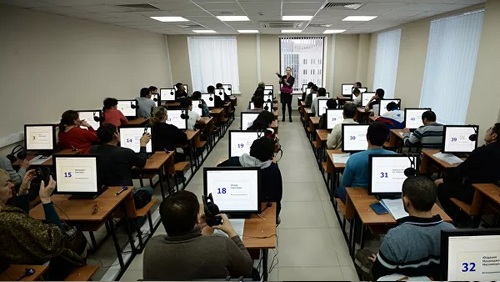