Skip to content
28.10.2020
Russian press
The US media analyzed the capabilities of the Russian Su-57 and F-35 aircraft produced by the United States. Military expert Mikhail Khodarenok on the radio Sputnik commented on this comparison.

The analytical and military-historical magazine Military Watch analyzed the capabilities of the Russian Su-57 and F-35 aircraft of American production.

The fighters differ significantly from each other, the newspaper notes. The development of Lockheed Martin is a light aircraft with rather low maneuverability. The Russian Su-57 is a heavy fighter designed to gain superiority in the air. In this case, the Su-57 is much more suited to air combat, rather than its American “rival”, the author of the article points out.

“This is reflected in its (Su-57, – ed.) Speed, altitude, sensors, rocket equipment, range and maneuverability – in all the characteristics where a heavier Russian fighter has superiority,” the material says. 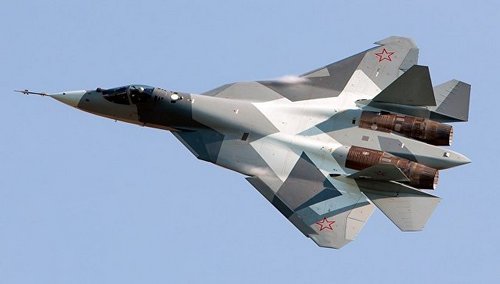 The author of the article reminds that the US Senate refused to supply Turkey with F-35 fighters because of its intention to acquire the Russian anti-aircraft missile system S-400. Ankara at the same time announced the possibility of buying from Moscow Su-57 instead of American fighters.

According to Military Watch, if the Turkish side still gets the Su-57, this acquisition will make the country’s air fleet “much more dangerous” than buying an American F-35.

Military expert, commentator of the newspaper “Gazeta.ru” Mikhail Khodarenok in the radio Sputnik radio expressed the opinion that it is still premature to compare two aircraft.

“The exact characteristics of the F-35 are still unknown, including with regard to its radar visibility… And we still have a lot of work to do with the Su-57, it does not currently have an engine installed, corresponding to a fifth-generation fighter… The questions about how effective both systems are, as long as the machines do not participate in combat operations – it’s still more of a field of theorizing. Only fighting is the exam that gives real answers to the all have In general, I believe that this (Su-57, – Ed.) is one of our most successful projects, and when it is completed, all , as regards the engine, weapons

The first serial fighter of the fifth generation of the Su-57 will arrive in the VKS in 2019, Russian Deputy Defense Minister Alexei Krivoruchko told journalists on Wednesday.

“I especially wanted to note the signed contract for the Su-57 airplane, the first production aircraft will appear in the Armed Forces next year,” he said.

Krivoruchko noted that the work to improve this machine, which went through all kinds of tests, including combat use, will continue.

The Su-57 is a Russian multi-role fighter of the fifth generation, developed by Sukhoi Design Bureau. It is designed to destroy all types of air targets in long-range and close battles, defeat of enemy’s ground-based, surface targets with overcoming enemy air defense systems, monitoring airspace far from the base, destroying the control system of enemy aircraft operations. The first flight of the aircraft took place in early 2010 in Komsomolsk-on-Amur.

The Russian fighter of the fifth generation of the Su-57 will receive artificial intelligence, which will bring it closer to promising unmanned aircraft of the sixth generation, a source in the aviation industry told RIA Novosti.

“Separately, we note the integrated control system and sighting and sighting equipment, which will be brought exactly to this aircraft to the automatic mode of combat use,” the interlocutor of the agency added.

The source also said that the Su-57 will work out a promising onboard defense complex, which includes new frequencies and operating modes.

Earlier, Deputy Defense Minister of Russia Alexey Krivoruchko said that the first serial Su-57 will go to VKS in 2019. On Wednesday, on the fields of the “Army-2018” forum, a contract was signed to supply two pre-series of the newest fighters.

The Su-57 is a Russian multi-role fighter of the fifth generation, developed by Sukhoi Design Bureau. It is designed to destroy all types of air targets in long-range and close battles, defeat of enemy’s ground-based, surface targets with overcoming enemy air defense systems, monitoring airspace far from the base, destroying the control system of enemy aircraft operations. The first flight of the aircraft took place in early 2010 in Komsomolsk-on-Amur. 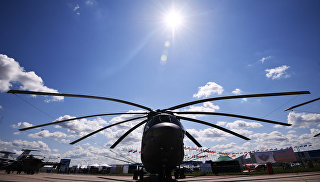 The Ukrainian engine on the world’s most difficult Mi-26 helicopter will be replaced by the Russian equivalent of PD-12V, a representative of the United Engine-Building Corporation told RIA Novosti.

“The work continues in accordance with the approved plan, and a lot of work on the design of the engine has been completed, within the framework of which its design and parameters have been determined.” The preliminary testing of the helicopter with the new engine was begun in 2023, “the spokesman said.

He noted that PD-12V will provide for expansion of the helicopter’s basing conditions, reduction of specific fuel consumption, increase in engine life, and the possibility of significant power boost.