Skip to content
21.10.2020
Russian press
KYIV, 14 Sep – RIA Novosti. President of Ukraine Petro Poroshenko denies the possibility of default of the country in 2019, despite the peak payments on the state debt that fall next year.

Poroshenko recalled that the state debt of Ukraine from 2007 to 2010 increased by 26 billion dollars, and from 2010 to 2014 grew by almost 20 billion. In his opinion, if it were not for such an increase in those years, Ukraine could now abandon foreign borrowing. 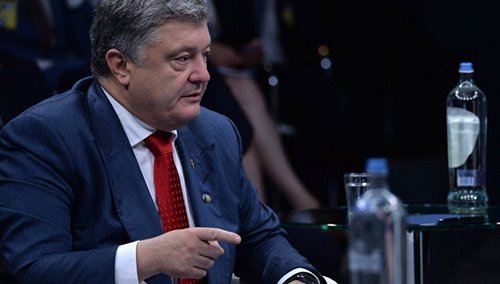 “I want to emphasize: we did not wait until the default of Ukraine was predicted in 2014-2015, when we had barely 5 billion gold and foreign exchange reserves, we can not wait for any destabilization now,” Poroshenko said during the annual conference YES (forum of the international organization ” Yalta European Strategy “) on Friday.

In early September, Prime Minister Vladimir Groisman said that meeting the requirements of the International Monetary Fund (IMF) to raise gas prices for the population is a step that the government has to take to ensure payment of foreign debts, and the failure of such a step threatens with financial catastrophe and default.The IMF mission works in Kiev on September 6-19. Representatives of the Fund are discussing with the leadership of the country the latest economic developments, as well as further cooperation, including financial assistance from the IMF to maintain macroeconomic stability and sustainable growth of the Ukrainian economy.

Head of Goznak suggested changing the design of Russian banknotes