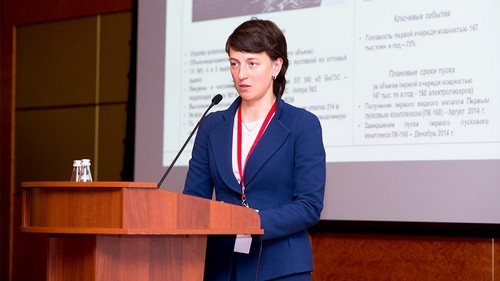 (Bloomberg) – United Co. Rusal will name finance head Alexandra Bouriko as chief executive officer, the first time a woman will lead one of Russia’s largest commodity companies, according to people familiar with the matter.

Billionaire Oleg Deripaska is stepping down as CEO of Rusal and president of En+ Group Plc as part of a broader reshuffle, said the people, who asked not to be identified because the appointments will be announced after the Rusal board meets Feb. 22. En+ CEO Maxim Sokov will take the role as president and Rusal CEO Vladislav Soloviev will become CEO of En+.

Navalny and Deripaska – A Russian Drama Fit for Hollywood (Op-ed)

Bouriko, 40, joins a very small group of high-level women executives in the metal and mining industry. She had been Rusal’s CFO since October 2013, before which she was deputy CEO at En+. Prior to joining En+, Bouriko spent 16 years with KPMG in Russia and Canada, including as a partner.

Deripaska decided to step down from the non-operational roles after the companies achieved targets he had set, the people said. He will focus on the strategic development of other companies and the resignation isn’t linked to the conflict with Vladimir Potanin over MMC Norilsk Nickel, they said. The decision also isn’t connected to a video posted by opposition leader Alexei Navalny, the people said.